Money, by definition, is any form of currency, which holds a value that can be used to undertake a transaction involving exchange of items from one person to another. One party buys the item with money.

Being the most developed of all animal species; it was not uncommon that the humans quickly learnt the art of trade. As a result, a medium of money was necessary. Thus they devised various means and materials by which they could buy and sell articles.


At least 100000 years back, the barter system was used in which goods were exchanged in return for other goods. This was known as commodity money. Cereals were very important and held a lot of monetary value since production of food was not done on a high scale and it was scarce. They held value just like modern day high value currency notes.

The oldest known record of organized monetary system is that of the Mesopotamian civilization where the unit of currency was the weight equal to 160 grains of barley. It was known as ‘shekel’. While in the Occident as well as Asia, cowry shells were the mode of payment.

According to Greek historian Herodotus, the people of Lydia, in Asia Minor, who were proficient in the use of metals, initiated the trend of using metallic discs for currency as early as about 600 BC. Gold, silver and other precious and semi-precious metals were cast into discs and used as money.

Slowly, as the banking system developed, people started issuing written documents for the safekeeping of their gold and silver wealth. These documents were redeemable for the written amount of gold and silver. And gradually, these promissory notes became the form of currency and were used for day to day transactions.

These promissory notes were however replaced by a systematic system of currency notes, for the first time during the rule of the Song dynasty in China.

Forms of money in today’s world 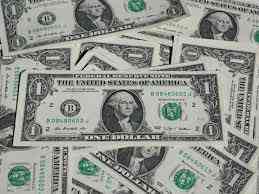 In today’s world however, paper currency, although the most popular, is not the only form of currency. As a result of immense evolution of the human mind as well as the banking system, humans found better ways of keeping their property consolidated than with the help of rectangular paper pieces.

They started investing in non-renewable resources like gold and diamonds whose prices are highly subjective and fluctuate over time. This helped them to increase their property value over a course of time with the same amount of substance.

The various forms of money in today’s world may include, but is not limited to

Paper currency or Banknotes are nothing but a systematic improvement over the system that was developed by the early humans as promissory notes. Now, however, they are printed in bulk and have a fixed pre-assigned value that the holder of it is entitled to. Various forms of paper and ink are used to print them.

However, the greatest disadvantage of this form of money, other than the fact that is it subject to wear and tear, is that it can be counterfeited very easily. Counterfeit money is one of the greatest concerns of economic players in today’s world.

To avoid this, proprietary chemicals, inks and designs are being used to veer off counterfeiters. Theft is another great disadvantage of this currency, since it gives the entire amount written on it to its bearer. Anyone, irrespective of its true owner, anyone who holds the note physically is entitled to its value.

This is a form of money, or property that is one of the most secure ones in terms of theft. However, the problem with this sort of money is that it provides very less liquidity against a high degree of risk. These are usually stakes of a company that we invest in and if the company makes profits, we get a share of it as dividend.

Eventually, if we feel that the face value of share has increased, we may even sell it and get a higher price than with which we had bought it. The greatest advantage of this kind of money is that is cannot be stolen. Because of the absence of liquid cash, it exists in the form of a legal contract belonging only to the shareholder.

This is the newest form of currency that is emerging these days. Examples include Bitcoins, Etheria, etc. These currencies exist as points that can be bought with a certain amount of money. It’s very similar to gold and silver investments.

The prices of these electronic currencies also fluctuate according to the sway of the stock exchange. The greatest advantage of this form of money is that it’s more secure than a share or physical gold investment. There is absolutely zero possibility of wear and tear or theft or loss due to natural calamity.

However, there is a huge negative side of this modern form of currency. The makers of this currency, in order to promote its usage have given the users a slight advantage of sorts. The payments made through this mode are anonymous.

That means anyone could make a payment or receive a payment in Bitcoins without letting anyone know who they are or what the source or destination of that wealth is. This gives rise to unscrupulous activities like stockpiling of black money, converting black money to white money, or making payment for illegal activities.

Incidents of payments to drug dealers, professional hit men, and funding for terrorist activities have all been reportedly done by electronic currency. Perhaps in this world of human beings, n human is safe from the other human!

Money is an important commodity in today’s world of capitalism and makes the wheel of humanity go forward. It is what drives us to work and to get work done. However, just like everything else, it has its disadvantages. Sometimes, money gulps us up, overpowering our conscience and that’s when the problems of distributive justice start in the society.