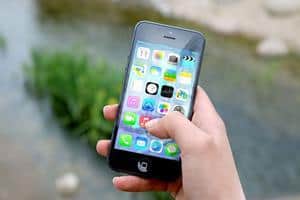 It is one of the most important inventions and technological wonder that has taken the world by storm, something that has become a daily necessity, is nothing but the Mobile phone.

Ever since the advent of mobile phones, life has become incredibly simple. Daily tasks have become less tedious. We have an all in one solution for several of our needs and problems. We begin our day by checking our smart phone and it is the last thing we look at before we go to sleep.

As time progresses, our phone are becoming more and more feature rich. Even as we marvel at the multitude of tasks our phones can perform and abilities they have received so far, it is safe to wonder, how much is too much?

As the famous English saying goes, too much of a good thing is actually bad for you.

Ever since the telephone was invented by Alexander Graham Bell, efforts had been made to make the telephone more portable. Many attempts were made for wireless transmission of voice from one point to the other.

Then, Motorola came out with the first ever mobile communication for commercial use, The Dynastic 8000 X in 1973. Mobile phone has come a long way since then. Earlier we had these humongous blocks of plastic which made it really tough to carry it around or talk in to.

As the years passed, technology allowed the manufacture of smaller components and that inevitably reduced the size of the phone. We had feature phones, Nokia being the most popular one.

It was every teen’s dream to own one of Nokia’s trendy looking music phones. Then came the Internet and phones that could browse the internet. The most prominent game changer was the introduction of smart phones. Smart phones changed everything.

People could conduct business while in transit. Video conferences could be held anywhere, regardless of the location and conditions. You could see people in suits, peering into their blackberries and Nokia smart phones.

It soon became a status symbol. The size of the screens also began to increase as people demanded more space to view their videos, movies and in include more features. Another important milestone to consider is the iPhone by Apple.

Steve Jobs dominated the mobile phone market by introducing a user friendly, touch screen operated device. The phones we use now are all the after effects of the ripple generated by the iPhone.

Mobile phones have undoubtedly changed our lives. They bring the latest news, updates, events and communication services right to our finger tips.

From social media applications like Facebook, Twitter etc., where we can get updates from our friends and family, to informative apps like m-Indicator which help us get the train schedules and makes travelling much easier, mobile phones have made life very convenient.

We no longer have to carry around a digital camera for everyday photography, since smart phones nowadays come equipped with cameras with DSLR like quality. Almost every smart phone has a GPS sensor fitted in to it.

This helps with navigation, especially when you are driving or travelling to unknown destinations.

The new features that are launched include a security alarm and text feature which you can use to notify your loved ones if you’re in danger.

Obtaining information has never been easier, as the Google search engine allows us to search for any doubts or questions that we have.

There is no shortage of crooked minded people who make every attempt possible to misuse technology.

People tend to use their camera phones to make all sorts of inappropriate and obscene recordings, take photos that could harm another individual, and then use these resources to black mail and extort money from them.

As smart phones are becoming more and more powerful, the chances of potential cyber attacks are also increasing, since nowadays every other person has their valuable credentials like their credit card/ debit card info and other such sensitive information stored on their phones.

Attackers can exploit this data and harm the user.

In the end, it ultimately depends upon the user, how he chooses to use the technology that is in his hands.

Though they do pose a sizable amount of threat, with the right intention, mobile phones can be a major asset in our daily lives.