Militant nationalism is actually the revolution in the mindsets of the people. It changed the focus of the Indian nationalism movement from moderation to radicalism. The fight to achieve independence started around mid 19th century. This was the period that realization dawned upon them to fight the Britishers.

Around 1885, many moderates came up to fight the Britishers like A O Hume, Dada bhai Naraoji and Gopal Krishna Gokhale. They believed in resenting the Britishers through peaceful methods. Some of their methods were sending letters, publishing articles and creating awareness.

But Britishers were tough skinned. They were not going to give up till they had exploited India and her resources fully. I am not saying that the efforts of them moderates were all in waste. But what I am saying is that it was not enough to drive the Britishers out of our country.

We needed another way to deal with the authoritarian rule they were beginning to establish in India. This is when the radicals and extremists came into picture. Radicals and extremists were not peaceful demanders. They wanted what was theirs by hook or crook and they won’t have it any other way.

They did not believe in silently bagging for their rights. But they snatched their rights from them. Their methods of retorting back were violent. The moderate period frustrated Indians beyond redemption. The agony in their hearts, started to increase.

It was pent up in their hearts for too long because of all the rights and opportunities they were denied. The indifferent attitude of Britishers during this moderate period; especially in famine struck areas, brewed venom in the hearts of Indians. They wanted Britishers out of the country by any means. If at all Indians wanted to progress or counter Britishers, they were brutally crushed.

The Britishers thought of themselves as the race superior to all other beings in the world. They thought highly of themselves just because they were fair skinned or ‘goras’. Their authority was final and they did not like being questioned at all.

This resulted in pent up frustration inside Indians. This is because they were oppressed for a very long time in a brutal manner. 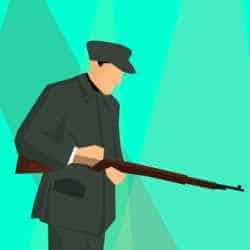 Also, these new leaders who emerged as the new mascot of Indian freedom struggle were willing to fight and give up their lives for the nation. They no longer had faith in the prayer and petition method of moderates. They were impatient. Their thirst for independence was growing at a plausible rate.

They thought that this way Moderates would never be able to attain their goals. Leaders like Late Lajpat Rai, Bipin Chandra Pal and Bal Gangadhar Tilak caught the reins of independence from there on. They were the focus behind the Militant nationalism.

It was a revolution in the minds of people towards extremism. Their leadership attracted many to follow their footsteps. They came out in the open to take a stand against the Britishers. With their courage, intellect and boldness; they defied the Britishers.

They denied their orders openly. The dynamism in Indian Politics was brought out to forefront due to their efforts. Their leadership was accepted by one and all. This further helped them in instilling the idea of extremism in people.

With the advent of Britishers in our country, they destroyed all the activities of trade and commerce. They did this for their own selfish benefits. This aggravated failed to generate jobs even for the educated sector. Besides, the Indians who worked for Britishers were not well paid for their contribution.

This angered them against the colonial rule of Britishers. They made it a point to challenge their rule in India. This also gave rise to the feeling of extremism- what we call as militant nationalism.

The congress had mainly two types of members in its group. The old generation was the group of moderates. But the new generation that was coming up had the extremist mindset. This clash of two different views, two different opinions caused a rift in the groups.

The extremists were not prepared to carry forward the policy of prayer and petition. This was because they could see there was no use to it. The first time, these differences came forward in the 1906 Calcutta session. It was heard that the extremists put forward the demand of self government.

At that time, due to the persistent efforts of Dadabhai Naraoji, their differences were reconciled. Self governance was adopted as the agenda of the congress. But in the 1907 Surat session, the clashes between them reached on all time high.

That became the breaking point of congress. The moderates ere in majority in congress s extremists left the congress. But they did not stop with their efforts to drive out the Britishers.

Militant nationalism was a concept that originated in India even before the Indian National Congress was formed. It was based on the culture and history of India, economic development and independence from the clutches of Britishers. Militant nationalism is not just a single movement.

It is a revolution in mindsets towards a more extremist approach. It changed the minds of people permanently. It showed them that they could stand for themselves if they wailed to do so. This movement engulfed them in a wave of patriotism.