Essay on Migration | Causes and Effects of Migration 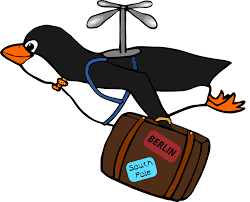 Everyone wishes to lead a happy and secure life. A place where they can offer security to their family and a better future both for themselves and family. Migration many be of two types- permanent and temporary. Some migration may also occur annually, seasonally, or diurnally. According to certain census it has been found that migration mostly happens in three stages- (a) rural to rural, (b) rural to urban, (c) urban to urban, and (d) urban to rural

In India there is a crazy race of the population travelling from the rural areas to the metropolitan cities like Mumbai, Kolkata, Chennai, Delhi, Bangalore etc, seeking for better employment and better work opportunities. And this craze is increasing more and more in the coming years.

That is why competition in the job sector is increasing in the urban sphere. Metropolitan cities act a crowd puller. People are attracted to the vibrant colours of life in the cities. They fall in the wrong notion that they can pull up something big or great in the cities and earn a living but not everyone gets equal opportunities. Some end up rag-pickers, some end up as street dwellers, and some end up beggars who don’t get any means of livelihood.

Another term that comes along with migration is commutation. Commutation is the means of travelling on a daily schedule of the people to cities from the neighbouring towns and villages for the purpose of job and other works. This is a type of temporary migration.

Some people commute seasonally- incase or family gathering or wedding ceremonies. While some immigrants migrate annually. Migration is not just a re-location of human resources and settlements but it is a process which has three-fold impact:

(a) On the area experiencing immigration,

(b) On the area experiencing out-migration, and

(c) On the migrants themselves, the purpose of migration may be employment, business, education, family movement, marriage, calamity, etc.

These migrants have very little skill and professional expertise, moreover they lack literacy. They mostly get involved in the low grade activities and fields of manual labour, where there is not much sophistication or use of literary capabilities.

Very few are in administrative, professional or technical sphere. The condition of women migrants is worse. Majority of them are illiterate or have very little literacy. Such people take up even lower grade of jobs like the domestic maid servants, hawkers or vendors. This change has been termed by many as ‘evolutionary urbanization’.

This sudden migration burst has led in detoriation in the look of the city and spreading of cities. Rapid human pressure has led to the unprecedented growth of shabby towns, slums and bastees and squatter settlements. Cities are spreading far beyond its boundary limits.

There are also other evils like the overflow of urban unemployment, rapid exploitation of the items of daily necessity like- food, clothing and shelter and their unavailability and there is a very sharp decline of human values and moral and it is increasing over the years( as observed its increase from 1981-1999 and will steadily increase over the 21st century).

Hence the metropolitan cities are becoming like blown-up urban villages which fail to offer basic necessities of life to the people residing in it. Due to unchecked or unprecedented human growth the cities lack in urban functions, characteristics, urban infrastructure and services, and without a strong economic base.

They are slowly stepping towards what is called as ‘degeneration’ or ‘decay’.

The urban areas not only attract the poor and the illiterate class but it has become a place for the educated and elite class to earn a living and lead a comfortable and relaxed life. There have been many cases where students from villages have come in cities to get higher education, managed with a good job and become a part of the city itself.

Even some big landlords and rich farmers have shown their interest in investing a good part of their agricultural profits in the different businesses that goes on in the city and also commercial activities. Hence the cities of developing countries like India are developing on the plunder or the remains of the rural parts (both natural and human). Unless this exploitation of blood-sucking trend is terminated for once and for all, the development or the revival of the ‘desi’ villages is a farfetched dream.

Since there is no restriction along Indo-Nepal international boundary large numbers of Nepali people come to India for seeking employment, education, business etc. Assam, West Bengal and north eastern states attract large number of legal and illegal migrants from Bangladesh.

This has created a number of social, economic and political problems in these areas. Nepalese are seen in Uttar Pradesh, Bihar, Punjab, Himachal Pradesh, Arunachal Pradesh, Maharashtra and Delhi. Similarly migrants from Sri Lanka are most frequented in South India especially in Tamil Nadu

Migration not only creates confusion and commotion, but also an ill-growth of cities. That does not mean that we will shun away the immigrants.

They are our guests. But along with it we have to develop our infrastructure and functions to support the growing need. This will help the city from dying. And not just this even the rural parts need development and live over there has to be made more comfortable so that the people residing in those parts don’t have to migrate to cities to earn a living.