Michael Jackson (1958-2009) is more affectionately known as the ‘King of Pop’ by his fans and admirers. He was a famous and successful American singer, songwriter, and dancer.

Several of his albums, including ‘Thriller’, ‘Off the Wall’, etc. were both commercial and critical successes, thus making him truly deserve the aforementioned title, and grant him a well-deserved place in the hall of fame of American artists.

However, Jackson led a very controversial life as well, plagues by plenty of mishaps and failures, such as commercial flops and accusations of sexual abuse. His death, too, like his life, was controversial- as he died of a sudden drug overdose, which turned out to be suspicious to many, and the question of his suicide is a widely debated one.

Michael Jackson was born to Joseph and Katherine Jackson on the 29th of August, in the year of 1958. He was born in Indiana. He belonged to a large family, and had as many as eight siblings.

Katherine Jackson was a religious housewife, and on the other hand, Joseph Jackson was a crane operator, but it is known that he wanted to be a successful musician and played the guitar.

He was also a former boxer, but he failed to gain further success in that field as well. Jackson was abused by his father repeatedly during his childhood—both physically and emotionally, and this might have had a significant impact on him and his psyche in the later years of his life.

Not a lot of details can be extracted about his education, but he went, in the earlier years of his life, to the Montclair College Preparatory School, and then to the Gardner Street Elementary School. It might be probable that he did not have the opportunity to continue with proper higher education. 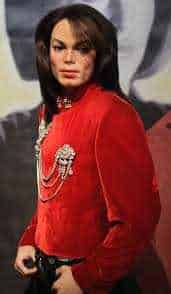 Joseph Jackson also tried to project his own failed musical aspirations on his children which eventually led to the formation of a group called the Jackson 5. All the members of this musical group were from the Jackson family, such as Michael and his siblings Tito and Jackie Jackson.

Although this group initially failed to garner a wide follower base, they eventually were successful in doing the same over the years. The fame started on a small scale, as a local phenomenon, but took a leap when they were noticed by Berry Gordy, who was the founder of the famous Motown record label.

They were signed by Gordy in the year of 1969. The first album of the Jackson 5 was ‘Diana Ross Presents the Jackson 5’, and it straight hit the top of the billboards.

The track ‘I want you back’, especially, gained great popularity. Tracks like ‘I’ll be there’ and ‘The love you save’ were also chart toppers by the Jackson 5.

But soon, trouble began to stir among the Jackson 5, and as Jermaine left the group to concentrate on his individual career, the rest of the members revamped themselves as ‘The Jacksons’ and continued their work. They soon signed a new deal with the Epic records, following which; they released their album called ‘Destiny’, in 1978.

The members now started focusing on and improving their song writing skills. However, this band too started to fall apart. Jackson accompanied his brothers for their last tour together in the year of 1983, and it was to promote their album ‘Victory’. This was their last collaboration, and one of the tracks of this album was a major hit- ‘State of shock’.

Michael Jackson has 13 solo albums to his name in total, both during his life as well as posthumously (the last two of his albums were posthumous). The first of these was ‘Got to be there’ and was released when Jackson was only 13 years old.

It was followed by ‘Ben’, ‘Music and me’, ‘Forever, Michael’, ‘Off the wall’, ‘Thriller’, ‘We are the world’, ‘Bad’, ‘Dangerous’, ‘History: Past, present, and future, Book I’, ‘Invincible’, and the two posthumous albums- ‘Michael’ and ‘Xscape’, released in 2010 and 2014 respectively, after his death. Out of all these, Thriller is the most successful, and it is also the best-selling music album of all time, over the world.

He is also very famous for his signature dance step- the Moonwalk. He introduced this move on a TV show during the year of 1983, and it soon became highly phenomenal among the youth of America. Jackson was a very talented dancer and choreographer and he choreographed this step all by himself.

The dance steps for his track ‘Beat it’ also gained equal fame and were really incredible. His career faced a setback when he encountered an accident while acting in a PepsiCo commercial during the year of 1984, which cause severe burns to his entire face and scalp.

To recover from this, he underwent a set of plastic surgeries, with which he started experimenting- some of which were highly under public scrutiny and were sensationalised as well. He altered his face heavily, especially his nasal area.

Death and other controversies

Jackson was accused of molesting children, and these allegations started surfacing during 1993-1994. Many young boys accused Jackson of inappropriate sexual behaviour towards them during sleepovers he regularly held in his Neverland ranch (his own fancy retreat located in California).

There were no evidences found to support such claims, and he had settles such cases outside the court and maintained the stance of innocence throughout.

This was followed by his acceptance of him suffering from vitiligo, and him admitting that he was sexually abused by his father during his childhood. Many more controversies followed, including reputation-tarnishing trials and other eccentricities.

Jackson died when he was fifty years old, due to overdose of a prescription drug. The scientific cause can be stated as acute Propofol intoxication.

Apparently, he was wrongly made to believe that such intake was alright by his personal physician Dr. Conrad Murray- but this claim is yet to be proven completely.

On the contrary, Dr. Murray claims that Jackson had developed an addiction for Propofol and used them as sedatives, which eventually led to his demise. Jackson’s abrupt death was also subjected to a serious police investigation.

As a lot of other celebrities, Jackson did lead a successful life, but this success was overshadowed by numerous controversies and other personal and professional setbacks which might still indicate that not all fame can be equivalent to one’s happiness.

Jackson never had a happy family life, as is evident from his childhood trauma caused by his father, and both of his marriages quickly crumbled and were also claimed to be mere publicity stunts.

Therefore, Jackson might have not led a very happy life and his constant experimenting and professional success might have been one possible way to overcompensate for the same. However, Michael Jackson was certainly one of the most influential figured in the history of pop music and will always continue to be a legend, in every sense of the word.