Long before the advent of science and technology, the early men were wanderers with no means of transport. They would only move from one place to another by means of foot – walking or running. Eventually, as they started becoming more and more aware of their own supremacy and brainpower, they started taming animals like elephants and horses who could take them from one place to the other.

Slowly, as they started making tools, they developed machines called wheels, a new era began that ushered in faster means of transport with lesser time and labour.

Later, with more and more evolution, development of trade occurred which resulted in a never ending search for finding better and more efficient modes of transport for both carrying humans as well as good – a search that has not ended even today and perhaps will continue till eternity.

In the world we live in today, it is absolutely imperative to find newer techniques of transportation that entails lesser time, labour and money. Now there is also a search for cleaner and pollution-free transportation.


There was not much progress in the modes of transportation until the Industrial Revolution in the 19th Century. The transport systems that we see today are just an improvement over the basic principle of the steam engine. Although the first recorded steam engine dates back to 1st century AD to the time of Romans, various improvements were made on it.

It was not until James Watt invented the modern steam engine that is still used today that public transportation was just an unfeasible fantasy. James Watt’s steam engine used the steam pressure of the water vapour and converted it into kinetic energy by moving the piston which in turn rotated the crankshaft and through a mechanism similar to modern day differential, the power was transmitted to the wheels that moved the vehicle forward.

This was a revolutionary leap for mankind. After this, global transportation began to speed up and trade flourished. It was not until the 20th Century that Internal combustion engines were invented that opened up a whole new realm of progress that mankind could tap on to.


Today, there are several modes of transportation available at our disposal. These primarily include: 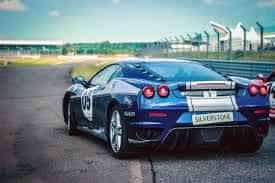 Roadways offer surface transport through various vehicles – cars, trucks, buses, etc. A roadway as we see today is a tremendous improvement over its humble beginnings.

With numerous trials an error, man has been able to come to a solution about the material and component required to make proper, durable and paved roads that can take the beating of heavy tires and the mighty nature.

The cars and trucks and buses that usually take the roadways are a very effective and cheap means of transportation. They run on a variety of fuels, primarily fossil fuels – diesel and petrol. However, because of environmental pollution, newer, cleaner engines are being developed that run on a variety of natural gases as well as electricity. This causes lesser emission. And conserves the environment for the generation to come. 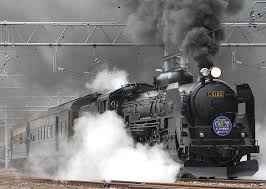 Railways were drawn by horses. Then, with the advent of steam engines, animals were replaced by large, noisy and smoking coal engines which were definitely an improvement but were yet slow. This problem was mitigated with the advent of internal combustion engines.

Diesel was used by these engines and they ran with speeds that were never before experienced by humanity. Today however, rail engines have undergone further development and they run on electricity which is faster, lighter and cleaner from an environment standpoint.

Further development has led to small scale and experimental introductions of ‘Maglev’ of Magnetic Levitation Trains which do not have wheels. These use similar poles of a magnet facing each other which creates an almost zero friction travel. This is however very costly and has not been used in large scale. 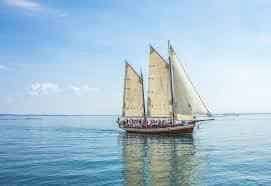 Water ways were the most ancient ways of long distance travel when aero planes had not been invented. Sailing ships were used long back to travel from one country to another. Trading flourished with the development of better ships. In the very beginning, sailing ships were used.

The force of wind and the water current propelled them to their destination. Now however, turbine engines running n diesel are fitted into the ships that allow them to cut through the current and the ocean and make its own way.

This is however a comparatively slower means of transportation and it takes months to reach from one country to another. Passenger ships are almost obsolete these days, however, goods are shipped through this very economically, 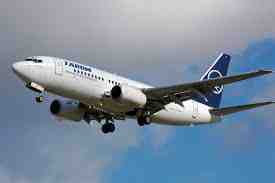 Man had always desired to conquer the skies. His will to fly like a bird was finally concertized with the advent of combustion engines. Many people fitted these engines with propellers and attempted to fly. However, the Wright brothers were the first to make a successful flight machine.

As the World war resulted in scientific and technological advancements, airplanes were modified. Passenger jets were invented. These could travel thousands of miles in a matter of a few hours – by far the fastest mode of transport ever. 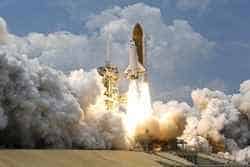 Just as per the writings of Jules Verne, man has devised capsules propelled by an explosion of gas and solid fuel which would pierce through the atmosphere and quiver into outer space. The National Aeronautics and Space Agency (NASA) of the US was the first organization to ever send man into space in the mid-20th Neil Armstrong was the first person to step on moon.

Today, however, these space travels have become cheaper and more common but it is yet to reach a point where it would be commercially viable. The rich and famous, all have invested in companies that are promising to take us to space in the coming few decades and start colonializing there.


Transport is a very essential part of our civilization and its progress. Man’s quest for finding better modes will perhaps never end. Transport is essential not only for our comforts, but for the global economy and business to flourish. Trade will be easier and quicker.