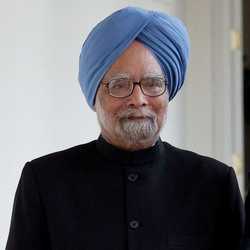 It was the year of 1932 Manmohan Singh was born at Gah in Punjab on September 26. During that Punjab belonged to the undivided India. He belonged to a Sikh family. His parents were Gurmukh Singh and Amrit Kaur. When he was small his mother left abode.

So, he was brought up and taken care by his paternal grandmother. When India was partitioned his family moved to Amritsar which was in India. In the year 1958 he got married to Gursharan Kaur. Three daughters were born to them.

She has written a book with the name “Nine by Nine” and “The Last Frontier: People and Forests in Mizoram”. She also writes novels along with the books. Amrit Singh is a staff attorney in the American Civil Liberties Union.

Upinder works as a history professor in the Delhi University. She has written the books: “Ancient Delhi” and “A History of Ancient and Early Medieval of India”.

He joined Hindu College in Amritsar where he got his early education. After this he enrolled to Punjab University which was in Chandigarh. Later it was in Hoshiarpur. He finished his graduation studies and got a Bachelor degree in 1952 in Economics.

He also finished his Masters in the year 1954 in Economics itself. He also went to University of Cambridge and finished his Honors in 1957. Then in 1962 he went to Nuffield College which under the University of Oxford and got his D.Phil. on the same subject, that is, Economics.

Manmohan Singh started teaching in Punjab University. He became a senior lecturer and then ultimately, he was a professor in 1963.

After three years he became an Honorary professor in Delhi School of Economics, Delhi University. Then for three years, from 1966 to 1969 he worked at United Nations Conference on Trade and Development.

He also worked as a Professor from 1969-1971 in the International Trade. Then, Shri Lalit Narayan Mishra made him the advisor of Ministry of Foreign Trade.

Manmohan Singh’s entry into politics was in the year of 1991 but he did not join politics on his own. He entered into politics in 1991 because P.V. Narashima Rao, who was India’s Prime Minister then, made him the Union Finance Minister of his Cabinet.

During the period of 1991 India was suffering from a serious and major economic crisis. Manmohan Singh was India’s Finance Minister from June 21, 1991 to May 15, 1996. After this from 1998 to 2004, he became the Opposition Leader in the Upper House of Parliament. During that time BJP (Bharatiya Janata Party) had the power.

The General Elections took place in the year 2004. This year the INC (Indian National Congress) got united with the other allies. This resulted in the formation of the UPA (United Progressive Alliance). This alliance defeated the Bharatiya Janata Party in the 2004 General Elections. At that time Sonia Gandhi was the leader of the Congress party.

This was his second term of office of five years. But the General Elections of 2014 was not a good time for the United Progressive Alliance as it lost to the Bharatiya Janata Party by a big margin of votes. Thus, Dr. Manmohan Singh’s tenure as the Prime Minister of India came to an end on 17 May, 2014.

When Dr. Manmohan Singh was the Finance Minister of India, he brought many economic changes to increase the economy’s productivity and liberalization. These changes brought by him turned out to be successful. India was suffering from very slow growth in the economy and it was corrupted as well.

This suffering started to come to an end because of the measures taken by Dr. Manmohan Singh. It was due to his hard work that the India economy was saved in 1991. Otherwise India would not have been able to come out from the fall in economy.

When he became the Prime Minister of India, he focused a lot on global and national issues like economy, terrorism, health, education and foreign affairs. He kept on working so that the condition of the poor in India could be improved. He also worked to solve India’s conflict with India.

There were problems between the different religious groups as well. His focus was to improve the relations and resolve all the issues they had. In 2005 when Dr. Manmohan Singh was the Prime Minister, the Parliament passed NREGA (National Rural Employment Guarantee Act and the Right to Information Act. He also worked towards making better relations with USA, United Kingdom, Japan, Germany and France.

Dr. Manmohan Singh has written many articles. These articles can be found out in many economic journals. In 1964 he wrote a book by the name of “India’s Export Trends and Prospects for Self-Sustained Growth”. He has participated in many activities.

Some of these include the Commonwealth Prime Ministers’ Meeting in Kingston (1975), National Fellow of the National Institute of Education, NCERT (1986) etc.

He was a member of Indian delegations and attended many meetings like the UNCTAD Trade and Development Board, Geneva (May 1971- July 1972), Ministerial Meeting of Group of 77, Lima (October 1971), Cancun Summit (1981), South-South Consultations, New Delhi (1982) and many other meetings.

Dr. Manmohan Singh has been awarded many times for his works. He was given the Padma Vibhushan in the year of 1987. Padma Vibhushan is considered as the second highest civilian award in India. The Euro money and Asia money named him as the Finance Minister of the Year for 1993 and 1994.

Many colleges and universities have conferred degree to Dr. Manmohan Singh. In the year 2005 the Time Magazine listed him in the Top Hundred Influential People in the World. The Government of Japan honored Dr. Manmohan Singh with the Grand Cordon of the Order of the Paulownia Flowers in the year of 2014.

Along with the achievements Dr. Manmohan Singh has faced many failures as well. But we should always learn from our former Prime Minister that he always faced many challenges when he held different positions and never lost hope.