The celebration of Maha Shivaratri

Of the many prominent that are celebrated in India, Maha Shivaratri is also one of them. This is one of the prominent festivals of Hindu religion.

This festival is dedicated to worship one of the Hindu Trinity gods, Shiva, although there are many Shivratri festivals that are celebrated throughout the year in India, however Maha Shivaratri which is celebrated during the Phalguna month according to the Hindu calendar and which falls in the month of March is celebrated with utmost dedication by the devotees of Lord Shiva. 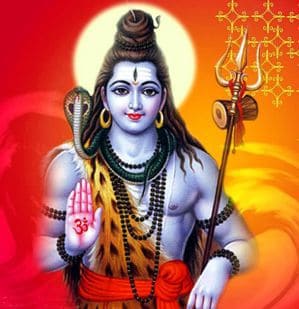 That would be the lunar-solar time of the month, and the main celebration is done on the 13th or 14th night. Unlike other prominent festivals of India, that are celebrated in the day Maha Shivaratri is one such festivals that is celebrated in the night time.

Devotees go to Shiva temples to honor Lord Shiva, they chant the verses from the scriptures dedicated to Lord Shiva.

Popular chant that is heard during the worship of Lord Shiva, ‘Om Namah Shivaya’ devotees carry out their worship while chanting this.

There are many other ways to celebrate the Maha Shivaratri which is not found during the celebration of any other major Hindu festivals.

In order to honor Lord Shiva, devotees do different yoga poses and some even meditate. The night is lit with vigil carried on by devotees who chant and sing the hymns.

The roots behind the celebration

Just like every other festival Maha Shivaratri also has a story attached to it.  And just like them it has more than one legend to offers.

So let’s take a tour to some of such legends that are attached to it and those which are followed by many devotees of Lord Shiva.

They say that it is a very old celebration that has seen the rise and fall of many empires, kings and emperors, and dynasties. Such is its history.

Even in history it is evident that many kings and the empires had an importance of lord Shiva and that they worshiped him, we can even see that there are many temples that are built and were solely dedicated to the worship of Lord Shiva.

Lord Shiva who was previously married to Devi Sati but after a while she sacrificed herself to fire and succumbed to her death which left Lord Shiva devastated and angry.

However, after some time went by he married Parvathi, who is believed to be a form of Sati. And so the two got married, and hence it is observed as Maha Shivratri and the festival is celebrated to honor them.

Another legend states that the festival of Maha Shivratri is celebrated to honor the famous Shiv dance. Lord Shiva’s dance is very famous among his devotees and hence it is believed that on this very sacred night Lord Shiva performs his greatest dance.

This dance is not only a form of art, but it has a deep significance attached to it. The dance of Lord Shiva stands for creation, it stands for preservation and it stands for destruction.

Hence the dance performed by Lord Shiva has a special significance on the Great Night or Maha Shivaratri.

Devotees perform rituals such as singing or chanting verses from the sacred scriptures. The chant is when heard follows a rhythmic tone to it. It so appears that they are chanting to Lord Shiva’s dance and the whole scenario seems to be mesmerizing.

Another legend that is worth mentioning in this list and this is probably followed by many devotees of Lord Shiva, and that is this night is celebrated to mark the end of darkness and sins.

The Night of Maha Shivratri is said to remove all the darkness present in one’s life.

And from that night onward they pledge to live sin free life, and only doing what is right. Devotees sing verses of Lord Shiva and sing them all night.

Some even perform the dance, and mark the celebration. The dance makes them feel that Lord Shiva is with them and they claim to feel his presence.

The act of doing the right and walk on the path that is free from sin marks its annual beginning and it is said to lead Lord Shiva’s devotees to the liberation.

The Significance of the Dance

And so the devotees to perform the dance in order to honor the great lord. It is therefore not wrong to state that the celebration of Maha Shivratri is performed through dance and that the worshiping process of Lord Shiva is also done through dance.

There are many great important Shiva temples in India that hold dance festivals in the arena of their temples and mark the celebration. Some of the examples are like Konark temple, Chidambaram and Khajuraho.

These temples are famous for holding festivals and fairs that focusses on the dance forms of Shiva.

The walls of the Khajuraho temple show the beautiful scriptures of dances which are major attraction during the season of the celebration of Maha Shivratri.

These dance festivals are also a way of worship to Lord Shiva. It is during the celebration of Maha Shivratri that devotees from all over India gather at these temples so as to witness the dance fair.

The dance usually consists of the different ‘mudras’ or positions of dance that are performed by pilgrims or devotees, that represent the dance performed by Lord Shiva.

There are also scriptures that has recorded the dance mudras or positions in them. It is also referred as ‘Natya Shastra’, the scriptures from these textbooks are drawn on the walls of major Shiva temples.