Incredible India is known for its splendor and grandeur during its festival seasons and celebrations. Many of the Hindu festivals are celebrated throughout the country with great fervor and devotion.

The day on which these festivals are celebrated commence on the same day according to the Hindu calendar but the way they are celebrated vary from one region to another.

The north of India celebrates festivals in a certain way, quite different from the way it is celebrated in the south of India.

The east and the western regions also celebrate festivals in their own ways. Some festivals are localized to a particular state or region and holds significance only in those regions.

Festivals like Makara Sankranti are celebrated in many regions of the country, but the celebrations, the procedures, the norms followed and practices follow the traditions within the geographical borders.

The way people celebrate Makara Sankranti in Karnataka is very different from the way it is celebrated in the regions of Punjab. They look so different to such an extent that they look like two different festival celebrations.

The Story Behind the Auspicious Day

The day of Maha Shivarathri begins and ends with innumerable chants and prayers in the praise of Lord Shiva and this festival falls in the months of January – February. Maha Shivarathri is also known as ‘the long lasting night belonging to Lord Shiva’.

The Hindu mythology has a story to tell regarding the celebration of Maha Shivarathri. According to legends, in the event of the churning of the ocean, all gods were present and they stood waiting for the ocean to churn out the sweet nectar which they eagerly awaited to consume.

But events turned out in such a way that, the first pot that was churned out from the ocean did not contain any of the sweet nectar. Instead, it was a pot full of poison.

It was such a poison, that if consumed, the results of the consumption could not even be gauged and was beyond any expectation.

So, all gods looking at the sight of the pot filled with poison were terribly frightened and nobody seemed to even go near it.

They were afraid to touch it, lest the poison spread to their bodies. So they went in search of Lord Shiva who came to their rescue.

Lord Shiva took the pot of poison in his hands. Now, if lord Shiva consumed the poison and if it went inside through his stomach, then the entire world, his creation would be totally destroyed and devastated.

The effects were such that, all his creation would go haywire and in the path of destruction.

So Lord Shiva devised a solution for this as well. He drank the pot full of poison but held it so tightly in his throat that it did not enter his stomach at all. Lord Shiva’s throat region could be seen visibly blue colored and this form of his is called ‘Neelkanth’.

Thus, he is also called by the name ‘Neelkanth’. The power by which Lord Shiva stopped the ugly and the evil energies from destroying the whole world signifies the celebrations on the day of Maha Shivarathri.

Celebrations and Devotion at Temples 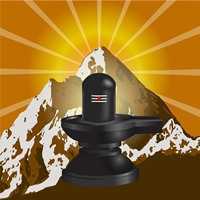 Maha Shivarathri according to some other legends also marks the marriage of Lord Shiva to goddess Parvathy.

Temples of Lord Shiva observe this day with utmost devotion and respect towards God. They observe fasting procedures right from morning till night.

Some even observe sleepless night on the day of Maha Shivarathri to put their minds into chanting and prayers.

People only consume liquid foods on that day.  But the process and the way in which people observe fasting varies from person to person. People make it a point to visit Shiva temples in their locality.

At temples, people offer special prayers and bring in bel leaves to offer to god. Bel leaves which is nothing but a cluster of 3 leaves held together is the favorite of lord Shiva and if offered in abundance on this auspicious day.

The idol of Shiva, which is in the form of Shiv ling in most of the temples are decorated with plenty of flowers on that day.

Temple priests cleanse the idol with water, then milk, apply vermilion pastes, and decorate with flowers and cross it with three parallel lines using holy ash.

In fact, many devotees apply three horizontal and parallel lines on their forehead with holy ash to show their devotion towards lord Shiva.

Fasting and observing rituals on this day supposed to bring prosperity and well being to devotees. People who are unmarried can keep the fasting rituals so that they can find their life partners as early as possible.

People who are in search of jobs or looking for opportunities for higher studies look up to this festival and celebrate it with a lot of devotion.

Some people do not eat rice throughout the day in many parts of south India. Instead, they consume food items that do not contain any rice, pulses etc and that too only once or twice during the day.

Some stay on a pure liquid and fruits diet. Some even stick to only liquids. Very stringent followers of the festival do not touch food for a day and stay on complete fasting.

Relevance with our Lives

The day is very important in terms of stopping something bad from taking place, seeing to it that the mighty ruler of the world has the potential to stop the evil power from destroying the whole universe.

It signifies that the creator, who also owns the power to destroy, holds the capability to sustain life and continue life on earth. We can relate to this in our real life too.

When we are faced with difficulties, we tend to start thinking in a very negative manner. We do not see solutions to come out of the bad phase and instead let ourselves sink in our own boats.

Whereas the truth of life is that, problems and solutions go hand in hand.

It’s only for us to unlock the solutions, unearth them from deep down within and find the right way out. Nobody is fully happy and without problems, there is no creature on earth born in that way. Every creature has its own struggle on earth.

But the way we overcome the struggle to find light after the struggle is what matters. When we are faced with a certain problem, the first thing would be to accept that problem as a part of our life. We do not question ourselves when are faced with happiness.

Same way, problems come without an invitation too. Lord Shiva shows us the way to find a solution to that problem. When he held the poison in his throat, it shows his power to sustain and stop the worst from happening.

We also need to realize to sustain ourselves in our hard times and not become vulnerable and go without direction.

The famous temple of lord Shiva in the form of Vishwanatha at Kashi (Varanasi) is world famous. The day of Maha Shivarathri is celebrated with much grandeur and splendid beauty that cannot be seen anywhere else in the world.

We have to learn to lead our lives by understanding the significance and underlying stories of these great days and find out the reason as to why they hold such an important part of our celebrations.

Children have to be taught these stories of lord Shiva and make them challenging and tough to sustain in this cruel world.

We have an excellent example in the form of lord Shiva who is leading and showing us the path in the right direction. People sing songs and prayers in his praise and adore his greatness.

Devotees arrange for special pandals to stay awake throughout the night and engage in mass chanting of Lord Shiva’s prayers.

Not only that, temples also keep their doors open throughout the night on the day of Maha Shivarathri and preparing and giving out special prasadams on this day marks the greatness of the day.

Indians pray to Lord Shiva to help them get over their bad energies and help them create a successful environment for themselves.

They seek power to overcome negativities in their life and pray for courage to walk on their chosen paths.