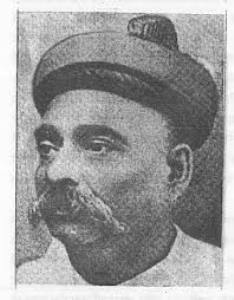 My favourite national hero is Lokmanya Tilak. Bal Gangadhar Tilak was born on July 23, 1856, at Chikhalgaon, a coastal village of Ratnagiri district in Maharashtra. In his later, he was given the title “Lokmanya”, which means one respected by the people.

Tilak worked as a lawyer and later as a teacher. The social and political condition of India distressed him a great deal. He launched two newspaper, the “Kesari” in Maharathi and the “Maratha” in English, in 1881.

Through these newspapers, he expressed his ideas and awakened the masses. Tilak opposed evil social practices such as child marriage. He advocated literacy among women and widow remarriage. Tilak started the public celebrations of Ganesh Chaturthi festival in Maharashtra.

He also started the Shiv Jayanti festival. These festivals were organized with a view to bringing the people together and inspiring them to fight against British rule.

Tilak was jailed several times. Once while in jail, he wrote his famous book, the “Gita Rahasya”. After his release he plunged into the Home Rule Movement. This great leader died on August 1, 1920. He was mourned by lakh of people all over the nation.

Lokmanya Tilak gave the freedom fighters his slogan “Swaraj is my birthright and I shall have it”.  He commanded devotion from all.

Tilak was the main responsible, to trouble the British. He taught that there should be a public meeting, but indeed, it was not possible.

His first step was to bring lord Ganesha at home, and this was successful, the British taught, it is rituals, and avoid this, apart from this there held several meeting.

Tilak was a very intelligent and grateful freedom fighter. His contribute towards the nation is remember always, by us.

After his death, Mahatma Gandhi took the leadership and fought against British.

Just for his memorable contributions, many places are given his name, such as “LLT”, Lokmanya Tilak Terminus.