Essay on Life in Kashmir Valley for Children 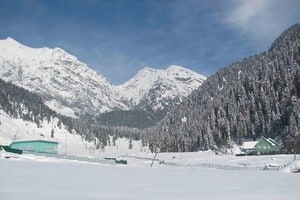 It is said that if there is heaven on earth it is in Kashmir. Well, this is so true. Kashmir is a place in India. It is famous for its natural beauty and charm.

It has all the beauty of nature. It has greenery, ice and mountains. There is beautiful coniferous tress which pleases our eyes. It gives heavenly feeling. If it is asked to a give a description of heaven then it would be very much like the valleys of Kashmir.

Before partition of India and Pakistan, there was a time when Hindus and Muslims lived together in peace. There were no wars. They were united and like brothers. It all started when India was captured by the British. They came in and invaded India.

They were very clever and slowly they took hold on the entire nation. Before the slavery India was known as the golden bird but the British looted all the treasures of the nation. They changed everything in the country. The government control, land revenues all feel into their hands. When they saw that a protest has been started against them then they adopted a very unethical way to stop it.

They started the policy of divide and rule. Since Hindu and Muslim are separate from each other so they made use of the religion to provoke each other. They played with the emotions of both the religion and took advantage of it. They brought dispute between the two.

There was a time when Hindu and Muslim would not hate each other, would help each other. Everybody participated with the other and did not consider themselves apart. There was no sense of difference between the two religions.

When British ruled India, people of both the Religion failed to maintain the unity and got filled with hate and anger against each other. When they managed to get the independence, the people wanted to have separate nations for both the religions. This is how Pakistan and India came into existence.

Before the partition life in Kashmir, it was very beautiful there was peace. People lived there with love and affection. Both the Hindus and Muslims lived there together sharing the same space and land.

After the partition, the entire scenario changed. There began clashes and wars between the two nations in Kashmir. The Muslims started killing Hindus and Hindus started killing the Muslims. All the fight began for Kashmir. Both the nations wanted Kashmir and the worst part is that, the war is still going on in the present time. Life of the people in the Kashmir valley in very tough.

They are in danger the whole day. There are soldiers who stand there all throughout the day to protect Kashmir and there people. The terrorist attacks began to take place. People turned so cruel and inhuman. There was no feeling of love and affection. Everything was lost with the partition.

The only thing that both the nations wanted was the old of Kashmir. They wanted it in any cost. The emotions and warm feelings that they shared with each other were lost. Now the situation is totally different. They are behind each other.

They want the Kashmir and not the peace. There was a time when people were cut, killed and murdered. No mercy was shown to women and children if they belonged to other religion. This was the kind of scenario that prevailed after partition.

The beauty of Kashmir no more remained the same. It was no more charming and pleasant. The peace turned to chaos. The people living there were tortured a lot. The Jhelum river of Kashmir which is known to be very beautiful and clean was filled with blood.

The color of ice turned to red. The only color which comes to mind for Kashmir is the color of blood. The greenery was destroyed. People suffer a lot there. They are constantly in danger. Their life is always threatened. It is a place where the tourist resists to visit because of the fear. It harms a lot to them.

Children living there are not able to get proper education. Every now and then there are attacks. The city is in curfew. People get stuck inside their house for days. Nobody can move during the curfew time. The people living there have their houses, properties and entire set up.

They are not able to get of that place because of this. To leave everything and start a new journey altogether is a very different thing. They have lived there for years, they have some emotions attached to this place.  It is a very hard time for them. Everything began with the dispute and is still facing the consequences.

The pleasure of Kashmir is all gone. The life there has become miserable. There is no more greenery and mountains covered with ice. The only visible thing for the people there is bloodshed and war.

The innocent people living there are trapped in the situation and are suffering day and night. Kashmir is all changed and lost and life in Kashmir is something which nobody wants to think about. Nobody wants to be the part of that place.