Essay on Life in a City 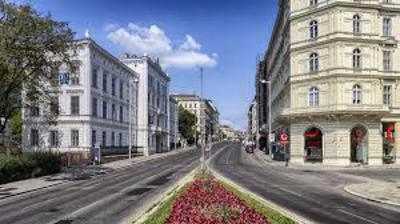 City, a geographical definition says – “A city is a large human settlement with extensive systems for housing, transportation, utilities, communication”.

But life in a city is defined by the set of people, places, food, beauty, the memories it gives you and the values it adds to your life.

Yeah, you got it right! It’s my city – AAMCHI MUMBAI. I am born and brought up in the city which is made up of seven small islands and many big dreams. This city has its own charisma. It never fails to amaze me. From its Locals to sedan cars. From Virar to Colaba. From a stall to a business empire.

From childhood to adulthood. From its variety of food to diversity of people. From its love to cruelty. This city holds a power to change the lives!

This city always showed me a different aspect of life. How to live your dreams! This city never let me sleep, the lights, the stars, the waves.. Always ask me to DREAM BIG.

The memories, emotions, struggles one can have for a city. This city taught me humanity, kindness, values. Whenever a bomb blast or flood or something terrible happened, it showed me courage, the spirit of fighting against all odds, all my fears. Mumbai never stops; so do I!

When at one end there is a city that holds all your memories, love, family, friends, emotions and at the other end a city which holds your career, future, freedom, A NEW LIFE! What would you choose?

I had never thought that I will be so confused between two cities. It was like a debate between your own heart. Once it wants to explore the world and once it wants to stay back in this lovely city. I decided to explore a new life in a new city. Yeah you are right, I CHOSE PUNE.

Life in a new city..

Pune – 200kms, 3hrs away from Mumbai meri jaan. It was all new, messed up. My first reaction for this city was.. “I hate Pune”. It was like I could never accept this city and it could never accept me. It was a new experience, thrilling one. I remember 6th Sept 2016 I shifted to Pune. With all fears, anxiety, hopes, excitement I came here. The first milestone of my journey..

When I came to Pune, I realized what meaning a city holds in your life. How nostalgic a place can make you. I started thinking about the 20 years I gave to Mumbai. It was like a flashback, the reel of your life flashing up in front of you.