Speech on Leaders who Changed the World 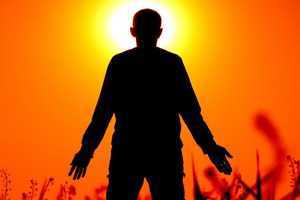 Very warm welcome to everyone present here. The topic of discussion today will be about leaders – the greatest amongst all and their impact on the world. The world leader means person who leads us to a better future or to the attainment of a specific goal.

No task can ever be completed by a group of people without a proper leadership. A leader is not like the rest of the people in the herd. Leadership skills are very unique set of skills which are not present in every one. A very keen observation of life and poised decision making are intrinsic of a leader.

History is replete with examples of such leaders who have let us to great feats. Hindi speech I am going to talk about a few of them who has changed the world forever.

At the very beginning I would like to mention none other than Martin Luther King Junior stylus struggles to words ending of racial discrimination has left an everlasting mark in the minds of the people and will continue to live in our hearts forever.

He was an African. American person disillusioned by the treatment of the White skinned people towards the darker skinned ones. At that time the world considered the darker skinned to be inferior to the white. Various rights and basic human necessities like proper treatment, fair jobs, fair competition, equal pay as their white counterparts, etc.

Martin Luther King was the first to have ever publicly spoken about this mistreatment in a large scale to a larger audience. He wanted the world to know what is right and what is wrong and that skin colour is not an indicator of how a person should be treated. It was probably because of the seeds sown by him that a century later everything changed.  If he had not taken the initiative maybe this would have taken way longer.

Another mention that is inevitable is Adolf Hitler. Although it might seem as a surprise but he was in reality a leader who had a tremendous impact in the world at the time of the Second World War and even today. His brutality is something we are all familiar with today but we must mention here that it was because of the Second World War and his brutality that the world is what it is today.

The Second World War saw the development of Science and technology by leaps and bounces. Although it was a necessity of War at that time, today however those technologies are being used for completely different purposes and is being used to help humanity.

Nazism forced several Jewish scientists and think tanks to flee Germany and seek refuge in other countries like the United States. The United States at that time provided them refuge and help them nurture their skills.

One of such scientists was Albert Einstein his contributions to science technology is something that we are all aware of and need not be spoken of. During this era nuclear Technology developed tremendously which today is being used to generate power for constructive activities.

Mahatma Gandhi is another of those great leaders that deserve the mention here. His principles of nonviolence or something that is popular all over the world. Although nonviolence and its practice existed much before Gandhi, it was however through him that this principal was widely practiced and preached.

Mahatma Gandhi is known as the father of the nation of India and was given the title of Mahatma by Rabindranath Tagore which means ‘the great soul’. Mahatma Gandhi had an extremely significant role in the freedom of India from the clutches of the tyrant British rule.

His principles of Swadeshi insisted on the use of indigenous goods and Indigenous articles so that the revenue generated can stay within the nation. Here we can only admire his forward thinking that even almost a century later we are all going back to the same Swadeshi system in the form of ‘make in India’ campaign has started by the government of India under the leadership of Narendra Modi.

Another leader I believe who had a lasting impact in the world politics is Muhammad Ali Jinnah. What he has done is something very unique in the world history and no other person ever had accomplished what he has. The man has single handily crafted an entirely new nation by the use of moderate politics and nothing else.

Few individuals change the course of history. Fewer still modify the map of the world. Hardly can anyone be credited with the creation of a nation state. Mohammad Ali Jinnah did all three.

Here is the founder of the new state of Pakistan made from British India. It is said that Mahatma Gandhi had a very high regard for him and give him the title of ‘Qaid e azam’ which means ‘The great leader’.