Which is the largest wheat producing state in India?

The state that produces maximum production of wheat in the country is Uttar Pradesh (UP). This state is closely followed by Punjab in the second position and Haryana in the third position.

Several conditions are favorable for surplus production of wheat in UP. We all know that river Ganges flows across the state of UP rendering the soil thoroughly fertile and this condition is supposed to be very good for the cultivation of wheat. 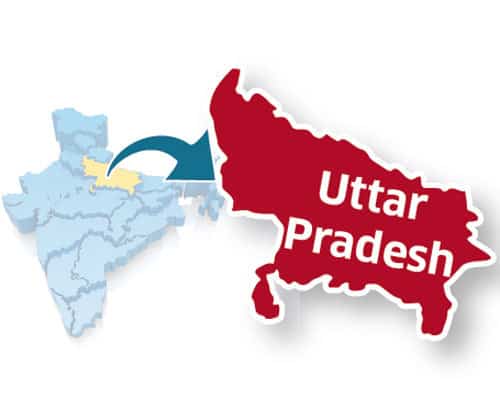 Wheat, being a Rabi crop is sown in the months between September and December and is ready for harvest between February and May.

What type of wheat does Uttar Pradesh produce? 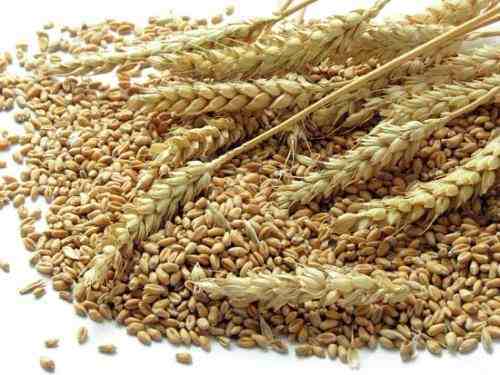 This variety is used to make fluffy Chapattis and rotis in Indian homes and is the most popular brand in India. The north-western part of the country leads in production of the second variety of wheat – Triticum Durum and the southern states produce the 3rd variety of wheat.

But the second and the third variety of wheat is produced at a very less rate and do not contribute much to the economy. It is the first variety that the state of UP majors in and is also a major export quality of the country.

How can improvements be made to yield better production of wheat in UP?

Currently, sources reveal that around 168 lakh hectares of land in UP is being utilized for crop development and food grain production. On the whole, this mass piece of land is utilized for agrarian purposes.

Out of these 168 lakh hectares, 96 lakh hectares belong to the wheat production zone. So, we can imagine the vast lands that have been especially reserved for wheat cultivation alone.

Also, the lands in UP that have provided good yields of wheat production are the northern, western and eastern regions of the state.

The government can provide better seed qualities for farmers to improve their yields. Better quality seeds should be given away to the farmers at reduced rates, and they should be taught about pest control measures and disease resistance techniques.

Loans at reduced interest rates have to be provided for needy farmers to aid them in good production. Farmer help lines that have been set up by the government have to be answerable to farmers’ queries and help them with their doubts.

Modern machinery, improved farm equipment’s like advanced tillers and plougher have to be made use of for getting better leverage of the land before they are sown. Education of the farmers plays a vital role in creating awareness about modern techniques in use.

Almost all the farmers are from a rural background and the government should take interest in setting up special cells that are wholly meant to supervise farmers and help them change with the modern times.

How is the performance of agriculture impacting our economy?

India is largely an agrarian economy. The country’s GDP largely depends on the agricultural production of the country apart from other economic contributors.

Significant contributions from the agricultural sector have led to the rise in GDP over the years, but the country still needs to find a place in implementing modern equipment’s and improve the breeds and use scientific implementation of its principles.

Farmers are the son of the soil. They till lands carefully according to the season and then harvest crops fruitfully.

The harvest produced largely depends on the type of crop sown, the amount of rainfall received in that year, the type of fertilizers used, soil and seed quality etc. manures could be natural pesticides or chemical based, depending on the approach the farmer incorporates.

Nowadays farmers are being educated through many channels. Government has taken many initiatives to provide knowledge about using modern equipment’s and best practices in agricultural methods in the evenings and also through free-to-air TV channels.

Good quality seeds at optimum prices are being given away to poor farmers to allow them to improve their farm produces. So, the quality of food grains in India depends on a host of factors, and they work as one thread to improve the quality and quantity of food crops in our country.

How did green revolution change the face of wheat production in the country?

Wheat, as we know is the major staple food of India apart from rice. In northern parts of India, it is wheat that dominates the list of staple foods and rice comes much later in that list.

Our country had to import wheat from other countries and this was affecting the economy badly. Green revolution, after independence, changed this scene totally.

Wheat is the staple food of Indian economy and a variety of preparations are made out of it. Every Indian household prepares and gets nutrition majorly from wheat as it is high in fiber and good nutrients.

UP leads the country’s production by producing almost 34% of the total wheat produce generated in the country. Today, our country exports high quality wheat to other countries and that indicates the progress the country achieved in the years so far.