Largest State According to Area

With respect to the area Rajasthan is the largest state. Area wise it covers 342,239 sq. kms. 10.4% of India is represented by Rajasthan.

Rajasthan is the 7th most populated state of India. The population of Rajasthan is 74,791,568 people.

Rajasthan is also known as Land of The kings. Because Rajasthan was ruled by monarchs and in Rajasthan there are so many forts which make it Land of Kings.

Places to Visit in Rajasthan

Modern state of Rajasthan carries history of archeological as well as cultural heritage. 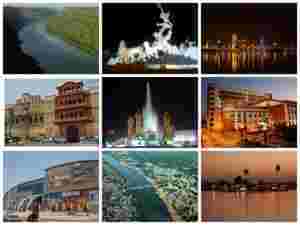 Here most of the people are Marwari. Generally people speak Marwari language in Rajasthan.

In Rajasthan Kota is known for its coaching classes for IIT and Nits.

Rajasthan is a land of Dunes, sand, Deserts and rocks. It is a land full of colors. Rajasthan is surrounded by Gujarat, Madhya Pradesh, Uttar Pradesh, Haryana and Punjab.

Official language of Rajasthan is Hindi. Here literacy ratio is very low most of the people are illiterate in Rajasthan because of BalVivah most people remains uneducated. Most typical problem of Rajasthan is BalVivah.

There are many religions in Rajasthan such as Hinduism, Jainism, Sikhism, Islam and some other also. Connectivity to Rajasthan is through Roadways, Airways and railways. Airports of Rajasthan are in Jaipur Jodhpur and Udaipur; these are the main airports.

There are two National Tiger reserves in Rajasthan

Largest State According to Population 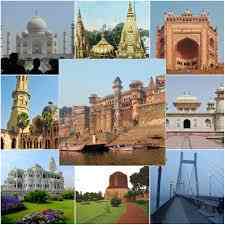 According to population Uttar Pradesh is largest state in India. The population is around 199,581,477 and the population density is 830 people per square km.

Lucknow is capital of Uttar Pradesh. It is surrounded by Rajasthan, Haryana, Delhi, Nepal, Uttarakhand, Madhya Pradesh and Chhattisgarh.

Places to Visit in Uttar Pradesh

Here most popular language is Brij bhasa. This state is considered as very pure state of India and is fully endowed with rich cultural heritage. Cities such as Lucknow, Allahabad etc are considered as “Tazeeb” cities where people give respect to each other as compared to other cities in India.

Uttar Pradesh is located in Northern part of India.

This state is birth Place of Lord Rama, Krishna, Gautama Buddha and more legends. The great legend and celebrity Mr Amitabh Bachan hails from the city of Allahabad, which is one of the busiest and largest cities in Uttar Pradesh

Uttarakhand was separated from Uttar Pradesh on 2000, where all the Himalayan hilly region was given to the new state.

Between September and November is the best time to visit this state. Allahabad, Mathura, Ayodhya attracts people over the world.