Which is the largest glacier in India?

It is almost 18,875 feet above sea level. The entire Siachen base is currently under the control of the government of India. It is actually located at a place where the point of line of control ends between the Indian and Pakistani territories. 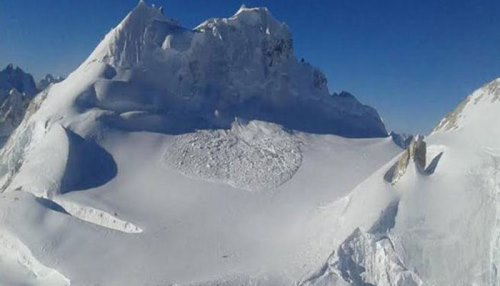 General Environmental conditions of the place

Oxygen levels are very low at such high altitudes. Weather is highly unpredictable. Blizzards are a common sight due to the thick snow cover in the region.

Due to high level of snow and fog covering the region, there could be zero visibility in the region for days together. It’s strange to know that the person lying next to us becomes totally invisible in such situations. Snow blizzards and storms are very common in these areas.

They are what make the region special and it is not only difficult to survive in this terrain, but highly impossible for anyone to see our own hands and legs in the poor visibility regions.

What kind of risks are the soldiers facing in Siachen apart from the risky terrain?

There is a system for the soldiers to obtain their supply of food and other essential materials through helicopters which navigate through the dangerous stretch, drop food packets and throw essential materials from a distance and then go back to their designated areas.

Whenever there are blisters and snow storms, much of the food collected is lost out in the process. In such cases, they have to again wait for the next supply to come to their region and till then, they have to set up themselves with whatever they have.

Some of the risky peculiarities of the region

If anyone asked us how much time we would require to boil a glass of water at our homes, we would reply to them as probably a few minutes and definitely not more than that.

So, if we had to try to know how much time it would take for a bucket of water to boil in the regions of Siachen, the answer would be three hours.

Isn’t that unimaginable, but that’s certainly true, given the tough climatic conditions of the region. Another peculiar of the region is that the snow capped base could have many hollow pits under it.

Soldiers are highly prone to unexpected pit falls in the region, as almost no-one can predict a pit covered by a sheath of snow and when falls into the pit and gets trapped under it, they carry the risk of being unable to breathe and may lose their lives as well.

What is the risk of human life in this tough terrain?

When soldiers survive this tough region, it becomes their highest achievement in life. They fear very less for bullets and gun fires in the region. What they fear most is the loss of lives.

Till 2015, the death toll is put at around 870 soldiers. That is because; life literally cringes down the snow peaks. Any amount of cover and protection or warmth may not prove to be fruitful in this region.

Human lives just break down in the extreme cold temperatures. Hands and feet turn ugly to the core due to heavy frost bites. We cannot imagine the extent of damage the cold weather causes to human lives. Getting a lung infection is the first thing that our soldiers fear for.

The Siachen base is one of the toughest terrains in the world. Soldiers who have been braving this tough terrain are specially protected by the Indian army. It is totally unimaginable for a normal lay man to understand the tough climatic conditions of the place.

Not only is the place unreachable through normal modes, it is highly difficult to spot even the next person standing next to us.

It is known that soldiers tie each other through ropes so that they can have accountability of each other’s presence, hence due to poor visibility, the chances of getting lost stands very high.

Also, the region is made up of strong pit falls under the snow cover. Plenty of lives have been lost in the past and continue even today when soldiers unexpectedly encounter a pit and get trapped under it for days and weeks together without any rescue or help at sight.

We should be really proud of our Indian army who have been standing tall and protecting our country from enemy bases at such extremes of temperatures.

Normal human lives would literally freeze down under such temperatures. In fact, it has been quoted that there are variations when it comes to temperatures during the day.

At day times, if soldiers happen to come out in the open, the sun in all its brightness shines so fully that they are prone to receive a good sun burn from it.

So, on one side, they carry the risk of a sun burn and on the other, they are prone to high risk frost bites due to the biting cold. It may or may not cure or may leave permanent scar on the soldiers’ skin. But above all, risking their lives in this manner, they still continue to guard the country from enemy camps.

They live for weeks and months together without proper food, without actually anything to be done. Hence, we should stand and salute our brave soldiers who are spending their lives in the Siachen for the sake of the country.