Women are multitaskers by nature. In modern days, a woman has to juggle between house chores, taking care of her children, husband and family and also manage her career. Doing this is not easy, though women are highly capable of managing it efficiently.

We have women achievers in all fields and areas today, be it in the field of teaching, banking, fine arts, engineering, as doctors, lawyers, politicians, civil servants, government officials, diplomatic personnel, they are just everywhere.

Many of the careers that were reserved for the men-only category have also been invaded by strong women and have definitely made it to the top of the ladder.

Many fields like running a train, civil engineering jobs, aerospace and aerodynamic jobs, many of these areas were traditionally allowed only for men and they were the ones who chose to be part of them.

As mindsets changed and women began to show their strength in these untouched areas by women, the whole world started recognizing them for their unbelievable talent and encouraged them to do much more. Such a scenario happened with Kalpana Chawla as well.

Who was Kalpana Chawla

Kalpana Chawla was born on the 17th of March 1962 at a small town in Haryana called Karnal. Her parents Banarasi Lal Chawla and Sanjyothi had four children and Kalpana happened to be the youngest of them all.

Kalpana’s elder sisters were Sunita and Deepa and her brother’s name was Sanjay. Kalpana was from a small town and did her schooling at Tagore Public School. 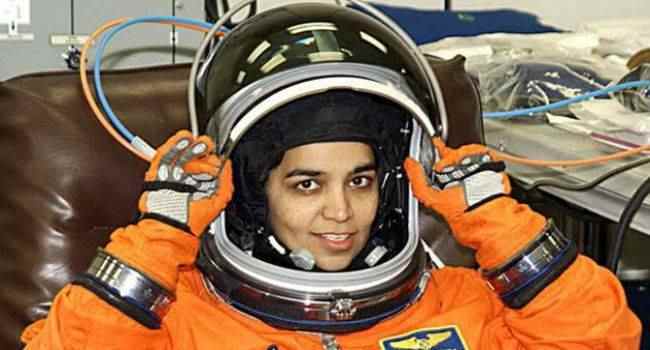 In 1982, Kalpana completed her engineering course from Punjab Engineering College. She chose aeronautical engineering and to every one’s surprise, she was the first lady to enroll for the course and successfully completed it with flying colors in the year 1982.

But her quest for knowledge made her yearn for more and she applied for the doctoral program.

In 1988, she was conferred the honorary doctorate by the University of Colorado where she pursued her PhD in aerospace engineering.

When she was still pursuing her MS degree, she got married to Jean- Pierre Harrison in 1983. Mr. Harrison himself was a famous aviation author and Kalpana’s flying instructor.

In 1993, Kalpana landed a job with NASA as vice president and research scientist of Overset Methods Inc. Before that, Kalpana was able to successfully achieve certification as a flying instructor herself.

She was bestowed with the responsibility of technically rating gliders and aircraft systems.

She was also a proud commercial pilot license holder. As research scientist, she worked on computational fluid dynamics (CFD) research.

She dealt in detail, the vertical/short take-off and landing concepts and did CFD research on them.

It was only in 1991, that Kalpana received her US citizenship and in the same year she proudly applied for NASA Astronaut Corps.

She was able to join the Corps only in 1995. Kalpana joined the Johnson space center and was chosen as a candidate member of the 151st group of astronauts.

It was a proud moment for Kalpana when she was selected for making her first flight journey in 1996. The space shuttle flight STS-87 marked her first space mission as an astronaut and she was sent on a research mission comprising of sixteen days. Kalpana’s dreams had finally turned to reality with the first space mission she conquered.

The research mission was carried out in the late November 1997 and she studied Sun’s outer atmospheric layers and also did extensive studies about weightlessness. With this mission, Kalpana proudly became the first Indian woman to set foot into space.

Before her, no woman had received such a feat in her career and she continues to be a great inspiration to many little girls to chase their dreams and reach the stars.

The mission was a remarkable one, in that; it takes the determination of a person with complex technical thinking to achieve a feat something as this.

It sounds completely Greek and Latin for a common man, but a high insight of technical knowledge, expertise and foresightedness to overcome big hurdles and achieve the unachievable.

Kalpana did not settle down with just one space mission and was determined to conquer more. Her dream was to go on more such missions and she made that a reality by getting chosen for a second space mission in 2003.

A very big moment in Kalpana’s life as she gave wings to her dreams literally and pursued hard work and determination in quest of her love for space and flying.

Kalpana along with six other crew members, making a total of seven members boarded STS – 107 in January 2003 and were launched into space. This was also a sixteen day mission and they had to accomplish a huge task ahead on board the Columbia spaceship.

They had to carry out many scientific experiments and they successfully completed 80 of them when in the orbit and prepared for their return journey.

All the crew members were really excited with their farfetched accomplishments and the 16 day journey was to come to an end after landing on earth.

But as destiny would have it, the space shuttle disintegrated and at a high altitude of 2,07,000 feet above the ground level recorded at Texas, the shuttle could not be monitored.

Suddenly, they lost control of the spaceship and the crew members lost communication control with the space center, while suddenly causing a huge explosion that tore apart the shuttle into bits and pieces.

The ill fated journey thus came to a drastic end with all seven crew members including Kalpana Chawla losing their lives in the mission, on the ill fated day of February 2003. The whole nation mourned the untimely death of Kalpana Chawla.

An Inspiration for many

Kalpana Chawla, to this day is remembered as a courageous and brave woman who fought valiantly for achieving her dreams. She worked really hard to pursue her goals and there was nothing that could deter her determination.

Her love for the skies started right from her childhood days and though she came from a small town in Haryana, she did not deter from dreaming big and then pursuing it further to make it a big reality.

Her parents’ support and guidance helped her wade through tough times. She touched a land that was only meant for men and proved that gender domination was a thing of the past.

The nation proudly mourned the death of its hero and to this day, remembers her as a source of inspiration and true motivation.

Kalpana Chawla received many recognitions and accolades in India for her achievements. In her career, for her excellence in space studies and outstanding research activities she has been conferred with many honors such as the Congressional Space Medal of honor, NASA Distinguished Service Medal and the NASA space flight medal, which recognize the contributions of Kalpana in her work and research. 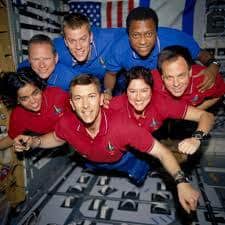 The government of India named many educational institutions and research centers in her name, in honor of her achievements.

In 2004, the Karnataka government took interests to enthuse interest in scientific studies in young girls who could become scientists in the future and to recognize and encourage them, the Kalpana Chawla awards are given away as a token of appreciation for outstanding performers.

The Punjab engineering college, where Kalpana Chawla did her engineering has recognized her achievements and in her honor, the ladies hostel block was renamed after her.

An outstanding performer and meritorious student at the aeronautical engineering department of the same college receive a scholarship amount worth 25,000 INR along with a certificate and a medal for excellence in education.

Many hostel blocks in many colleges across India were renamed after Kalpana Chawla after her sad demise and this was in view of providing inspiration and motivational support to students studying in such colleges.

In her home town Haryana, the government took many a steps to build scientific interest among its student community and launch them into the world of reasoning and outstanding scientific abilities.