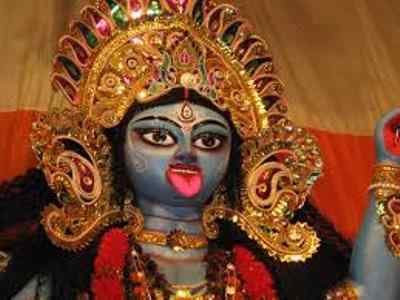 India is famous for the different spices, cultures, religions and the festivals. It  is a diverse country. No other country can compete India in terms of diversity.

There is so much diversity in the country. The festivals in India are celebrated by different cultures and religion. But all of them are celebrated with the same excitement and happiness.

In the present day, most of the festivals are celebrated together. It does not matter for the people that the festival is actually of which religion. People of one religion celebrate the festivals of another religion.

The festivals celebrate the birth of many Gods and Goddess and also to depict any type of win in history. Most of the religions’ festivals have legends who have fought and won.

What is Kali Puja?

This is the same when Diwali is celebrated and people perform Lakshmi Puja. This festival falls in the month of Kartik when there is a new moon. The other name for Kali Puja is Shyama Puja or Mahanisha Puja.

Goddess Kali’s name has been taken from the word Kala. Kala means the colour black, death and time. The word Kala is for Lord Shiva’s name.

Goddess Kali is also known by Shyama, Chamundi, Tara Maa and Bhadrakali. People refer Goddess Kali with these names according to their own cultures and traditions.

Very often Goddess Kali is called as Ma Kali. The history behind the celebration of Kali Puja is very old. Years before there were two demons, Shambhu and Nishambhu. They want to take over Lord Indra’s kingdom.

They decided to fight with the gods. The gods lost against these demons and the kingdom was finally under the demons.

King Indra, Lord Shiva, Parvati and other Gods thought of something to save the kingdom. They asked for help to Goddess Durga.

When she came to know what the demons had done, she was furious. It was then Goddess Kali was born from the forehead of Goddess Durga.

Goddess Kali along with her two companions started to kill all the demons. After point of time, she could not stop herself from killing people. She was out of control.

During Kali Puja, people make statues of Goddess Kali with the help of clay. These statues are kept at temples, homes and the beautiful constructed pandals. Some people even keep the statue of Lord Shiva beside the statue of Goddess kali.

The puja is started at midnight on a new moon day. On the festival of Kali Puja, people worship and pray to Goddess Kali.

They should worship with their heart, mind, body and spirit. They pray to her the entire day before the night begins. Some people offer the animals to Goddess Kali.

It is considered as a ritual. On the occasion of Kali puja, the people offer special things to the Goddess.

These special things include meat, fish, rice, lentil, a red Hibiscus flower and a skull with animal blood. The special things that are offered to Goddess Lakshmi represent the five elements of creation.

These things are particularly offered to the Goddess because they have a symbolic meaning. There are different forms of Goddess Kali.

These different forms can be found at devotees’ home, temples and the pandals. The pandals remain open the whole night. People burst crackers and they organize a few programmes.

During Kali Puja the houses are beautifully decorated and a rangoli is made in front the statue of Goddess Kali.

People prefer visiting the various Kali temples in the country to present special prayers to Goddess Kali. The different kali temples are that of Kamakhya, Dakshineshwar and Kalighat.

These  are the most famous ones. At this time the other parts of the country perform Lakshmi Puja, but for Bengalis Kali Puja is like the biggest festival. So, they perform Kali Puja at this time and put lit lamps.

The word Kali means the colour black. This colour signifies death, destruction, time, evil, power. It has many other meanings.

Just like how the colour black consumes all the other colours inside it, the same way all the evil things on the earth is consumed by Goddess Kali.

She takes over all the evil. She is also called Ma Kali. But why is it she referred as Maa when her name shows death and destruction?

The answer is because she removes all the negative things from her believers and takes care of them. It is because of her caring side that people celebrate Kali Puja with extreme devotion and enthusiasm.

Goddess Kali heals the people who are exploited. She gifts spiritual enlightenment to her devotees. This festival of worshipping Goddess Lakshmi helps us to remove all the negativity present within us.

It gives us a chance to give away all our wrong actions.

Goddess Lakshmi is known as the defeater of time. She cleans all our impurities and the darkness from our life.  The occasion of Kali Puja gives us a chance to be pure and stay away from evil both spiritually and physically.

The removal of all the negativity and evil things from the devotees help them to progress in their life from all aspects.