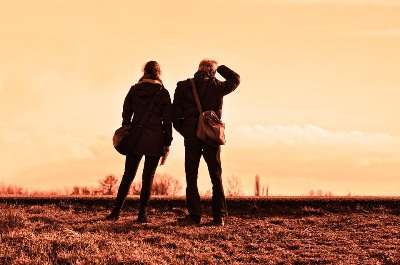 4 different people meeting at one place is a unique coincidence or god’s play or just destiny unfolding itself. Those 3 people were like breeze in my life which made me understand the outright happiness and mystery of life.

Today when I look out of the window and think about those three people, had these people not been with me I wonder, would this journey towards college been so memorable as it is now.

That road, that car, those people, those curse, those words everything seems worth today and after 12 years those 3 people seems to be there in my consciousness.

“Lino lets go, we will be late for the flight” said Lino’s dad. Lino came down to the living room and kept his money and tickets in the bag and as they were leaving his father broke down and said “just live your life in the way you have imagined and never compromise on your dreams because at times you may feel that the cost of your dreams are very expensive but in the end it will be worth and you will be proud of yourself.”

On their way to the airport lino and his father didn’t exchanged any words and there was a very eerie kind of silence which consumed the space in the car. They reached the airport after 30 mins and as Lino was loading his luggage on the trolley he saw his father breaking down to tears.

Lino went towards his father and hugged him tightly and tried to calm his father down. His father after composing himself said “the house will surely miss you my son but remember I am there by your side looking down at you, now go and fetch your dreams”

Lino proceeded for his flight before looking one last time at his father. Lino checked in his luggage and went towards his flight.

Lino went to his appointed seat and started listening music. After 5 hours, lino heard one of the passenger screaming “give me vodka, anyone give

me vodka”, everyone looked at him with disgust and soon the flight attendant asked him to calm down and also offered him Vodka.

Soon Lino slept with the headphone on and so did that guy. After several hours in air the announcement was made regarding the change in destination, and will arrive at Amsterdam. Lino woke up in shock, knowing that he will be in Amsterdam and not London.

The flight arrived at Amsterdam and people went berserk and started complaining about the change in destination. Lino saw the chaos but he didn’t saw the vodka man, he wasn’t surprise but yet he was thinking about that man.

Many men and women booked a train ticket to reach London, while other simply booked the other flight but that man was sitting on the bench minding his own business while Lino was worried about his college classes.

Lino thought of booking the cab and going to his college but it was too costly for him and so he asked the vodka man “hey! Will you like to share a cab with me till London?” The vodka man looked at him and said “I don’t have a problem but then why should I go with you besides I don’t even know you!” Lino then introduced himself and asked for his man to which he replied Karan.

Karan and Lino went out of the airport and looked for the cab. Karan went ahead and stopped the cab coming in their way but there was two other guys also waiting for the car. Dinesh sprinted towards the cab and asked the rate for London to which cab said 1500 Euros.

Karan became annoyed and said “I booked this car so back off, I have a kid with me so just let us go” Dinesh gave Karan a death stare and told him “I am going in this cab with that guy so just buzz off”. Looking at the scene, the cab driver suggested them to travel together as the destination was one and it would be cost effective too.

So Lino, Karan, Dinesh and Wazir started traveling together. They all were quite but it was evident that there was tiff between Dinesh and Karan. Lino somehow tried to start a conversation but failed.

The car kept moving silently on road and it was slowly turning into a mobile graveyard due to the eerie silence. After three hours of the journey, the car tire became flat and they had to take a stop in a hotel.

4 men went into the hotel and asked for two rooms but the receptionist said they have only one room as it’s the high season. Karan and Dinesh created a scene for the room and started abusing each other and this made everyone uncomfortable around them.

4 men then went together for dinner and all ate their dinner peacefully. They were some talking between the 4 men but yet the comfortable level wasn’t that great.

Dinesh asked Lino the reason behind his journey to London, to which Lino said “I got into Music College and will learn drums and hip-hop music and pop music. It was my dream to sing in front of the live audience and they cheer my name and sing with me.

Like I want to be the Michael Jackson of India.” Lino looked at Karan and asked about why he drinks so much but Karan just ignored his question and kept staring at the fire. Lino once again asked his question and this time Karan answered “I am a stockbroker; I ran behind my life and passion and ignored my women and my kid.

I used to believe that if I can secure my future by earning money today my family will be happy, but instead they left me because they thought that I don’t have time for them but how can they not see that I did everything for them?

Today I am forty and I have enough money in my bank but I don’t have the reason to spend and so to ease my pain I keep drinking this vodka, so that I don’t miss them. Lino, this life is too big and you will get enough time to pursue your dream but in this life of yours you will find that one person whom you want to spend your life with so never take them for granted because once they leave you your life will be conjured by demons of loneliness.”

Dinesh after listening to Karan’s story said sorry for his behaviour and somehow opened up about his life, “I deal with suicidal instincts and I lost everything because of it, my life was good and everything was going great until 2009 market crash, I lost everything in it and now I am in debt and now I just keep running from one place to another hoping that no one catches me.

I have been this way since 2009 and now I am so habituated that even if I am tired I still keep running and this life isn’t great Lino. Lino pursue your dream, pursue your passion but at your cost and expenses.

Never think that the money helped you today won’t come around to bite you, it will and it will be very tough for you to erase the bite marks. So do what you want to do but at your expenses.

Wazir went to sleep soon after listening three life stories and Dinesh and Karan kept drinking vodka where else Lino kept drinking his juice. The next morning everyone was ready with their bags to hit the road once again.

This time everyone was talking to each other and they were joking and singing songs and kept exchanging their life experiencing with each other and Lino kept listening to them. Lino reached this college after 6 hours; he went into his university while other three men waited outside the gate for Lino.

Lino came out of the college after 3 hours and announced that he got in and this made the other three guys very happy and they wished Lino with best of luck and asked him to be the best version of himself and soon they all went forward on their path.

Lino was sitting by the window with the photo in his hand which has the faces of those 3 people. He was thinking about how they are and how they lived and where are they?

He knew nothing about them except that one part of their life which they shared at the hotel. Today it’s been 12 years and yet Lino couldn’t forget them and used to wish that he can meet them once again.

SOME MOMENTS , SOME PEOPLE REMAIN IN LIFE FOR ETERNITY AND ALWAYS REFUSES TO GO AWAY WHICH BRING TEARS IN THE EYES WHICH ULTIMATELY MAKE THEM SHINE BRIGHTLY.