Human beings were the first living things on this earth. After which there was the existence of other living creatures. But when human beings first came on the earth, they didn’t knew anything.

They didn’t knew what to eat, what to wear, where to stay and many other things.

Slowly, they tried experimenting with the things which was in front of them. Even though they failed at the first instance, later on they managed learning new things.

This is how they discovered fire, made tools with stones and trees, hunting animals, farming and a variety of other things. With those first trials, today man has able to make much advancement which has made their life very easier.

The advancement is benefiting not only the makers but the other people around as them. Today, there are so many new technologies which were not expected by anyone.

The world has progressed a lot which is encouraging people to make more changes in the technologies.

This is the reason why when a new technology is made, immediately after that we see there is another one following the former.

It is because of thinking, trials, curiosity that people have been able to makes so much of changes in the technology. Well, the field of information technology has become very popular in the 21st century.

This field’s popularity will increase a few centuries later. In the present century itself the change is making the people in wonder.

Later there will be so much of advancement that the man of today cannot even think one. Information technology has become an important part in our life.

It plays an effective role. Almost in every area information technology have been available to us. We cannot say that there is no use of technology in this area.

Information technology first started with the emergence of computer and internet in the world of humans. Their emergence has taken all over the world.

When computer first came, people were extremely happy and they started to make full use of it.

Further, the computers which were first developed have undergone many further changes. Today, they have become easily accessible, available and user friendly.

Anyone can learn to use the computer. When talking about Internet, it seems like it is ruling everywhere.

With the use of internet people stay connected with each other, do different works of business and learn new information. Internet has made everything readily available.

We get things readily available and get all our works done easily with the help of Internet. Further, there were many other changes.

Many mechanical devices, electronic devices started to be made which made man’s life much easier and up to date.

These mechanical and electronic devices have helped humans in almost all the fields like education, medical, different businesses or working place and for household work.

But have you ever thought when these advanced technologies were not present in the life of these humans, how did they manage to do their work.

They would have to face a lot of problems unlike the present day generation. For example: When there were no telephones or mobile phones people would write letters to others in order to communicate with each other.

This letter system would take so much of time and they would have to wait for the letter and their reply.

Otherwise they would have to walk miles in order to give some information or if they wanted to communicate with each other.

Without the availability of the internet people themselves would research on what they wanted and whatever work the internet does for us in the present day, that time everything was done by the people on their own.

Now with the use of many mechanical devices the business and household works have become much easier and the time of people is saved to a great extent.

For example we do not have to wait in long queues for booking tickets for travelling, movies etc. This is made easier by internet.

Everything is done easily online. People can do this anytime and from anywhere.

Even in the field of education and medical, new technologies have been made so that students can easily gain knowledge and the treatment of people becomes easier with the help of new technologies.

What are the uses of Information Technology?

In the 21st century the technology has a variety of uses. The IT sector has helped people in many ways. This sector is benefiting everyone.

First, in the field of education there has been a major change. People now can easily gain new information even if they are not physically present.

The way of teaching has changed compared to before. Distance education has come into the light. This does not require the person to be present in the class.

Everything has been done with the help of technology. Due to this people can save their time for other work as well. We easily get online tutors to help us study whatever we want. The time of teaching from blackboard has gone.

In the 21st century the students get enough material for the purpose of their study in Google, YouTube and mainly online reference books.

They can learn a lot of things online apart from their academic knowledge. There are technologies even for the disabled people so that like others they also gain the same knowledge.

The IT sector has helped in the field of medical as well. There are many new tools which have been made to detect diseases or any type of the sickness that people are suffering from.

These new machines and tools have also helped in the treatment of the people. 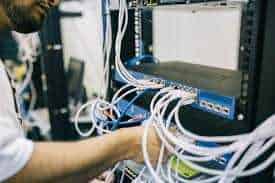 For example the X ray machines, tools for ultrasound, online record maintenance of the patients and the immediate results of the tests and treatments.

New systems have been developed to take care of the safety, save people’s lives during emergency and take proper care of them while in treatment.

Information technology has also helped in the field of defense and business.

In the field of defense, the people in this area are able to monitor everything going on around them, save the citizens and informing the government by different forms of communication.

The defense machines have also undergone many changes. New machines have been made which has helped in the progress of defense area.

The IT sector helps the people engaged in different business to learn new technologies.

This further helps in the improvement of the business as people gain knowledge and learn new things. IT sector has helped a lot of people to gain employment and made customer services better.

Popularity of Information Technology in India

Like other countries even India is progressing in the field of technology. There are many IT institutions and work place encouraging the people to make their future in this area.

This is an important area because it has helped the other areas as well.

Bangalore is known as the Silicon City of India because it is the hub of information technologies in the country. This city has the maximum number of IT companies which recruits people in this field.

Many new technologies are also made here. This is the reason why so many people migrate to Bangalore because there are many opportunities in the IT sector which they can get here.

Has Information Technology been able to help mankind?

The Information Technology has for sure helped the mankind in many ways. It has made their life better. The work have been made easier with the new technologies.

The IT sector has helped every field. This is the reason why every field has made so much of progress.

Despite so many benefits it is important for us to know how the advancement in technologies can harm us. For example:

At the present day the teenagers are engaged with their phones and internet twenty four hours which is harming their career.

They do not pay attention to their studies and not working for a better future. The new defense arms and machines can also harm us.

Our life is in danger if these are not used for the right purpose. Our personal information from the banks, working accounts can be used by people for wrong purposes.

We can be subjected to cyber crime. Thus, it is important for us to see the dark side as well.