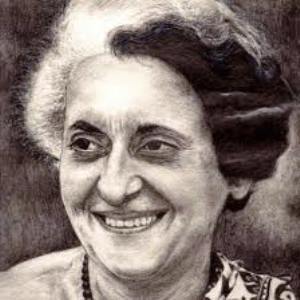 Indira Gandhi was the first lady Prime Minister of India. She was really brave, courageous, firm and greatly diplomatic. No one could go against her wishes. The country got name, fame and strength during her Prime Minster ship.

Once the “Time Magazine” called her “The Empress of India: This matchless leader was born in Allahabad on 19th November, 1917. Her father was Pt. Jawaharlal Nehru, the first Prime Minister of India and her mother was Kamla Nehru.

As a child, she admired Gandhiji very much. Gandhiji used to call her “Priyadarshini”. It means anyone whose presence is lovable. She studied at Shantiniketan. She also studied in England and Switzerland. From a very early age, she participated in our freedom struggle.

She was, actually, her nurse, caretaker and counsel. She had her grooming for her future from him. In1964, Indira lost her father and Shri Lal Bahadur Shastri became the Prime Minister of India.

She joined his cabinet as Information and Broadcasting Minister. In 1966, when Shastriji also died, Indira Gandhi became the Prime Minister of India. She held the post for four terms in all, except for three years from 1977 to 1980.

It was a great tragedy that she was brutally assassinated by her own body guards on 31st October, 1984. The country lost her in her death an efficient, daring leader of world frame.