India became independent on 15th August, 1947. This day is celebrated as Independence Day.

Every year, on this day, the Prime Minister of India hoists the Indian National flag at the Red Fort, in Delhi. He then addresses the people of the nation form the ramparts of this historical fort. 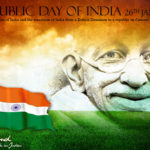 In New Delhi, our armed forces, school children and folk dancers take part in a grand parade. The President of India takes the salute as they march down Rajpath.

The latest defense equipment is also displayed. Children who have won the National Bravery Awards are also part of this parade.

Floats from different states are the main attraction of the parade. Lakhs of people gather to enjoy the magnificent spectacle.

Important government buildings are light up at night. Flag hoisting and parades are also organized in all the state capitals.

In schools, we hoist the flag; sing the national anthem and patriotic songs, on both Independence Day and Republic Day. 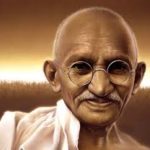 Gandhi Jayanti is celebrated on 2nd October every year to mark Mahatma Gandhi’s birthday. The whole country pays homage to Gandhiji, the Father of our nation.

Prayer meetings are held at Raj Ghats in New Delhi, at his Samadhi.

Khadi is woven on the Charkha as a mark of respect to Mahatma Gandhi.

Many religious festivals are celebrated in our country. People wear new clothes, prepare sweets and special dishes and greet one another. Even fairs are held on these days. 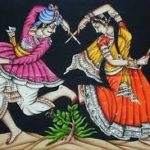 A ten-day festival called Navratri is celebrated in many parts of India. It marks the victory of good over evil. Lord Rama had killed the demon king Ravana on the tenth day.

Ram-lila is enacted for ten days. On the tenth days, called Dassehra or Vijaya Dashmi, effigies of Ravana are burnt. 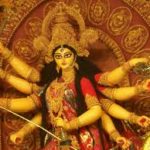 In Bengal, Assam, Odisha and Tripura, this is celebrated as Durga Puja. Idols of Goddess Durga are set up in pandals and on the tenth day, these idols are immersed in rivers or lakes.

Especially people from Bengal, bring Goddess Durga idols to their house, and pray. 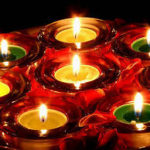 Diwali the festival of lights, is celebrated to mark Lord Rama’s return to his kingdom Ayodhya after a period of 14 years in exile.

Among the Hindus, Diwali is the most important festival. People clean their homes, light up diyas, wear new clothes, visit friends and relatives, and distribute sweet and gifts.

Children burst firecrackers. Businessmen and traders celebrate Diwali by worshipping Lakshmi the Goddess of Wealth. The Hindu New Year begins on the next day. 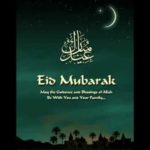 Eid-ul-Fitr is an important festival of the Muslim. It is celebrated at the end of the holy month of Ramzan.

The Muslims offer namaz or prayers in the mosque. They wish each other ‘Eid Mubarak’. A sweet called “sewain” is prepared on this occasion. 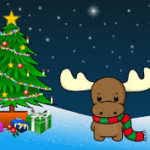 Children wait for Santa Claus to bring gifts for them. Christmas trees are decorated. People wish one another “Merry Christmas”

Janmashtami, Ganesh Chaturthi and Mahashivratri are festivals which celebrated all over the country. 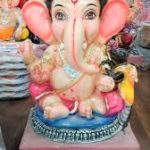 Ganesh Chaturthi is a ten-day festival in honour of Lord Ganesha. Idols of Lord Ganesha are brought home or set up in pandals and the celebrations go on with great pomp and gaiety. 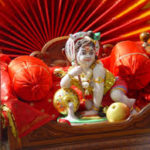 Janmashtami is celebrated to mark the birth of Lord Krishna. People make human pyramids to break the pots filled with butter and cream on the next day called Dahi Handi. 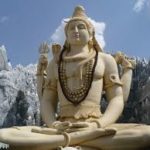 Mahashivratri is celebrated in reverence to Lord Shiva. People fast and pray throughout the day and night to Lord Shiva for salvation. 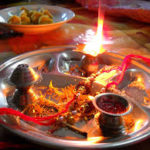 Raksha Bandhan is a festival that marks the love between brothers and sisters. Sisters tie rachis or silk threads on their brother’s wrists to protect them from evil.

In return, the brothers promise to protect their sisters and give them gifts. This full moon day is also celebrated as “Nariyal Pournima. Some people offer coconuts to the sea to appease Varuna, the Sea-God. 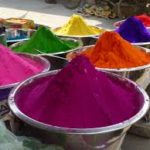 Holi is the festivals of colours. It is a spring festival which marks the end of winter. People spray colored water and gulal on one another.

These colours represent the harvested crops and the blooming of flowers in spring.

Holi is also a religious festivals. Bonifires are lit on the eve of Holi, to celebrate the victory of good over evil. 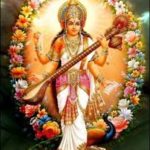 Basant Panchami is another spring festival. People dress in yellow clothes to symbolize the fields of yellow mustard flowers.

The Goddess of Learning, Saraswati is worshipped. So, this is an important day for students.

Harvest festivals bring joy to the farmers. The crops are ready for harvest. This brings prosperity to all. 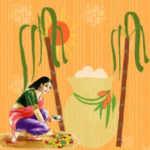 Pongal is celebrated in south India for three days as a harvest festival.

On the first day, the Rain God is worshipped, on the second day, the Sun God and on the third day cattle are worshipped. Special Pongal rice is prepared in all homes. 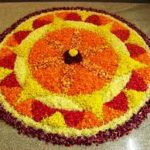 Onam mars the harvest festivals in Kerala. Houses are decorated. Snake-boat races are the main attraction of Onam 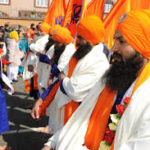 Baisakhi marks the harvest festival of north India, mainly in Punjab. People sing and dance together. The Bhangra dance of Punjab is very well known 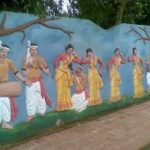 Bhihu is a harvest festival celebrated in Assam and parts of north eastern and eastern India. 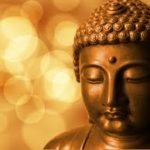 Mahavir Jayanti is celebrated as the birthday of Lord Mahavir. The birthdays of the tens Gurus are celebrated by the Sikhs as Gurupurabs. 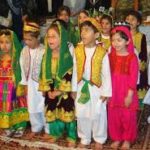 Children’s Day is celebrated on 14th November. It is the birthday of Jawaharlal Nehru, the first Prime Minister of Independence India.

He was very fond of children. Children called him, “Chacha “Nehru.

Children’s Day is celebrated in all schools with games, entertainment and other activities. 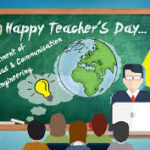 Our second President Dr. S. Radhakrishnan was a very learned man and a great teacher. He was born on 5th September.

Hence, this day is celebrated as “Teacher‘s Day”. Children show their love and gratitude to their teachers on this day

All festivals should be celebrated with a feeling of goodwill towards one another.