The world, as we see today, is a product of numerous struggles and uprisings, fights and revolutions. The map of the free world of today did not always look like this, and it was also not made in a day.

The struggles for independence have always been a prominent part of the global dynamics of political and social participation as well as the economic scenario of the world.

Numerous countries have had to earn their independence from foreign oppressors through struggles – both violent and non-violent, as the situation has demanded from them. India’s struggle for independence was a long one, lasting for more than a century.

After a long, bloody history of a non-violent movement, India achieved its independence on the 15th of August, in the year of 1947.

The British Domination of India

Several foreign countries arrived at India in the latter half of the last millennium, in search of several forms of economic exploits.

The list of such nations included Netherlands, Portugal, and even Great Britain. The British came to India through the East India Company, and economic exploitation soon turned into a project of territorial expansion, which eventually made way for the colonization of India, adding it to a long list of countries under the British Dominion. 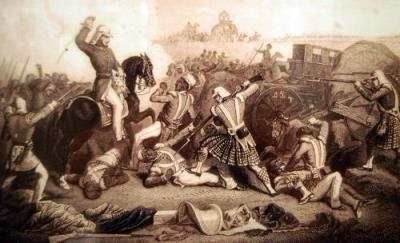 However, the power to govern, or to rule over India officially stayed with the Company until the revolt which took place in the year of 1857, after which, the Queen officially proclaimed the transfer of power to the Crown.

This proclamation, also known as the Queen Victoria’s Proclamation (1st of November 1858), led to the Government of India Act (1858), and secured complete domination of India by the foreign forces as well.

The Nationalist Movement and the Birth of the Indian National Congress

The Nationalist movement in India was strongly fueled by the establishment and gradual development of the Indian National Congress (established on the 28th of December, 1885). It was the beginning of the political party system of what is today known as the world’s largest democracy.

INC led the path for the decade long political struggle which the people of India undertook in order to gain sovereignty from the British empire – both externally and internally.

The party was formed by Allan Octavian Hume, and W. C. Bonnerjee was elected as its first president. Its initial agenda was to give birth to a platform for political and civic dialogue between the British Raj and the members of the party.

During its initial days, the membership of the party was exclusive and was mostly restricted to the upper strata of the society. In that sense, it did not become a proper movement of the people right from the time of its inception, instead, it took some time.

It was only during the initial years of the twentieth century when the Congress became open to the larger mass and was more accessible for all the sections of the society.

The two Branches of Nationalists

This was also the time when the rift started happening between two strands of freedom fighters – the moderates, or conservatives, and the radicals, or extremists.

The former strand was referred to as the armchair politicians. They were the older, mostly foreign-educated elites who believed in the peaceful method of protest, through deliberations, dialogues, and other constitutional means.

Some notable members of this group were Gopalkrishna Gokhale, Dadabhai Naoroji, and S. N. Banerjee. The other group consisted of young revolutionaries who believed in involving in a violent struggle to eradicate the country of the British.

This group was more unconstitutional in their approach and systematically carried out various assassinations, etc. Members of this group included Bhagat Singh, Chandra Shekhar Azad, and various other leaders.

There were many radicals spread in different regions of India as well. Although initially there was a lot of discontent between the two strands (including the Surat split of the party in 1907), eventually a middle ground was reached, and although violent activities did not cease to occur, they were not chosen as the primary method through which independence had to be obtained.

The later year of the nationalist movement

The scenario of the struggle for independence took a complete turn after the entry of Mahatma Gandhi in the domain of India politics.

He was a lawyer who had recently returned from South Africa, and very soon, he became really involved with the plight of the oppressed Indians and devoted himself to the freedom struggle of India through non-violent means.

These movements were some of the largest and most widespread and effective movements ever happening in the history of the world, and it truly displayed the strength in the Gandhian doctrine of non-violence.

In the meantime, other leaders like Patel, Nehru, Azad, etc. also started gaining prominence. Movements to gain India’s freedom were conducted even outside the country, primarily led by S. C. Bose and other revolutionary leaders.

The Nehru Report drafted the first attempt at an Indian constitution, and the British soon realized it was impossible to hold back Indians from attaining their freedom through reforms and legislation which would only act as means of partial and temporary appeasement.

Lord Mountbatten was sent as the viceroy of India to formulate the Indian Independence Plan, which was executed in 1947. It also gave birth to the country of Pakistan, with an Islam majority.

The partition of India was a highly controversial move and it was supported by many prominent leaders at that time, coming from different political parties.

Their claim was that the partition was the best idea to avoid political inconvenience and the scope of a civil war driven by religion.

Different countries adopt different measures to attain independence, and each of their freedom struggles is noteworthy and unique.

Indian freedom struggle also stands out for various reasons – primarily because it highlights the resilience and determination of the mass, and the urge to attain independence which united people across all sections of the society.