Speech on India for Children and Students 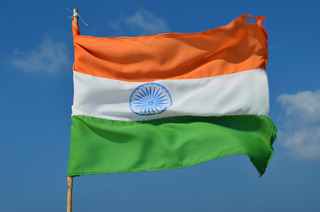 A very good morning to our Headmaster, teachers and all my dear friends. On this auspicious day today, I am going to speak on India. I humbly request your attention and beg your pardon for any mistakes that will be made if at all. Please feel free to correct me wherever I am wrong. I am open to suggestions.

India is my country. And I believe it is one of the best places to have been born and to be living in. But before you all can appreciate its grandeur, let me tell you more about this great country of mine. India is a country with one of the oldest civilizations in the world.

The Mohenjo-Daro and Harappa Civilization originated at the banks of the Indus river which was a part of India and is known to have been more than 5000 years old.

Since then India has been the flourishing ground and heaven for various civilizations that either originated or migrated from several other countries of the world to the Indian subcontinent.

The word subcontinent and why is India referred to as one is a whole another topic but let me explain to you in short. The Indian Terrain and cultural diversity is so immensely varied with an even a very short distance and area that it is referred to as a miniature continent or more specifically a subcontinent. India has one of the largest desert in the world which is the Thar Desert most of which is situated in Rajasthan.

This desert is considered one of the deadliest in the world however now it has been tamed by the humans and has been typed for various uses by the localities. Just a few hundred km away from this desert in the mountainous regions of Ladakh we find bone chilling temperature of below negative 50 degrees.

India have one of the best hill stations in the world in the areas of Darjeeling, Kufri and many more which provide a scenic beauty of the Planes meeting,The Mighty mountains. The word mountains remind me of another wonder of the Indian subcontinent which is the Himalayan mountain range. This Mighty mountainous region house is the highest peak in the world, Mount Everest.

A look into the southern region of India will revealed how pleasing and moderate the earth is. The southern part of India has sea beaches as well as mountains as well as rivers. This region is well known for cultivation of plantation crops like coffee. This coffee is of good quality and is exported in large quantities abroad.

Speaking of plantation reminds me of the agricultural diversity of India. India is one of the very few land masses which allow cultivation of a wide variety of crops which can be quantified in thousands. There are places in India where rice is grown at the same time there are places where apples are grown.

Amazingly within India there are places where coffee is grown and at the same time there are places in India where mangoes are grown. Such extreme diversity in agricultural crops is only seen in India and nowhere else in the world.

Now let me draw your kind attention to the cultural diversity in India. India has seen various rulers in the past and because of its inclusive nature our country has accommodated each of their cultural traits combining them to make a Unique Identity of its own.

For example, due to the French Colony allies’ nation, there are still villages in the southern parts of India where people natively speak French and their cuisines as well as living habits resemble the French. After the friends there were British colonial lists and rulers who have almost molded the country in their own way.

It is because of this reason that the native language of the British spoken mostly in India. India was ruled by Muslim rulers for an odd 700 years. These people came from the Middle East bringing their culture language as well as religion with them into India.

It was because of our Amazing nature that today the population of India consists of many different religions with majority being Hindus then coming Muslims, Christians and then Jain’s, Buddhists and so on and so forth.

I would like to conclude by saying that my nation India has one of the most diverse and powerful in the world with the military strength which makes it the third most powerful country.

It doesn’t end here only. India is also one of the few countries after great Nation powers like United States and Russia which have been successful in making long range nuclear weapons and other Weapons of mass destruction. Jai Hind.