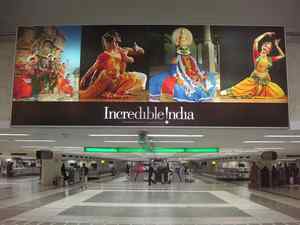 India is one of the most diverse countries in the world, so much so that is often referred to as a subcontinent. It can have different cultures, languages, cuisines, rulers, beliefs, etc. in as little as a difference of about a hundred kilometers.

The history of India extends from a time in past that no one knows is how old. The human settlement of Mohenjo-Daro and Harappa civilization emerged in the banks of the Indus River, which today lies in Punjab and Sindh areas of modern day Pakistan, once a part of India. Historians predict the migration of the Aryans to this part of the continent in around 1500 BC to about 500 BC.

However, certain communities still exist in India that are believed to be even older than the Aryans. They are the tribal natives of the subcontinent of India. This was the time of Alexander the Great. After this, the Maurya empire rose to prominence under the rule of Chandragupta Maurya. However, even at this time, India was not consolidated in the way we know today.

It was divided between various kings who had their own kingdoms – like the Cholas and Pandyans in the south, Pataliputra, Amravati etc estates. After this, several invasions occurred to the Indian subcontinent by Muhammad Ghori after the death of which, his help, Qutb-ud-din Aibak became the ruler of the Delhi sultanate and thus began the reign of the slave dynasty.

This was overturned by the Mughal Rulers who finally gave India the shape we know today. Under the Mughal rule, India were in length and breadth and culturally as well. They brought with them numerous species of fruits and flowers, gardening techniques, language, literature and cuisine which till today endears to our taste buds.

They built grand monuments across India. Most of them were communally open and tolerant at a time when Europe was bleeding with religious holy wars.

Then came the era of the British looters who wiped off all our wealth to enrich their own country. They enslaved us and divided us. Their seeds of communal split was so effectively planted on our soil, that till now we face the problems of communal intolerance.

India has an extraordinarily diverse climate with snowy north in Ladakh to scorching desserts of Rajasthan; to pleasant backwaters of Kanyakumari to the hilly North-east; and to draught laden Maharashtra to the beaches of Goa. There is no other country perhaps in the whole universe where such diversity can be observed. As a result of this, a variety of crops can also be grown in India that is not possible anywhere in the world.

Several other religions like the Paris, Buddhist and Jain community also peacefully coexist. India is truly incredible in its diversity where it is possible for a Sikh man to be the prime minister with a Muslim man as a President and A Hindu leader of opposition. Such is our unity in diversity.

In the field of science and technology too, India is such a wonder. It has produced several of the world’s most well known in this field. India is not just a land of snake charmers as believed by the ignorant today. To name a few scientific minds:

Today, India is one of the most powerful of all developing countries with estimated nuclear warhead of about 120 in number (non-corroborated). Several other weapons of mass destruction (WMD) have been created by India all of which are nuclear in nature. In 1999, India possessed an estimated 800 kilograms of Plutonium which could be utilized in about 1000 nuclear bombs.

India is also not a party to the Nuclear Non-Proliferation Treaty of 1968 and thus does not have any obligation for complete nuclear disarmament. India has often argued that the NPT is like a suicidal policy for the smaller nuclear powers.

The large powers of the world convince them for disarmament while they themselves retain some warheads. This leads to a dangerous situation where one party has nuclear weapons and other does not thus worsening the situation and defeating the purpose of the treaty.

India is truly an incredible land with its unique culture, traditions, clothing, food and many more. Its culture is extremely inclusive and is known to have adopted qualities from all cultures of the world.

English, a foreign language has most number of speakers in India; India has the third largest army in the world; it possesses the second most number of nuclear warheads in the world. It is home to innumerable cultures and ethnic groups.