Essay on Importance of School for Children (790 Words) 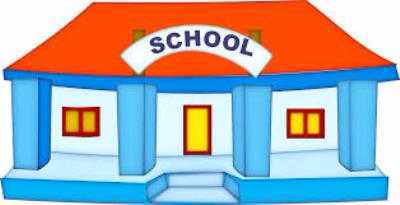 The word ‘School’ derives its roots from the Greek word,’skhole’ which means a leisure/philosophy/lecture place. In modern terms, a school is an institution meant for imparting knowledge to diverse groups of pupils and hence, creating the necessary learning space and environment.

The need of establishment of schools date back to the realization that dawned early in every culture around the globe to bridge the void that is created due to lack of education, knowledge and skills within a particular community.

From times immemorial, the people of India, then Bharat had established ‘Gurukuls’ and ‘Pathshala’ to bridge the voluminous gap via teachers who used to teach the language Sanskrit, science of yoga, dhyan and spiritual wisdom to shape up the overall development of a child’s personality. Also, in countries like France and Greece, a schooling system was developed quite commonly referred to as an ‘Academy’ where knowledge about music, arts, science etc. was imparted.

Nowadays, formal education distinctly demarcates the type of environment that a child begets based on his age into groups of four, namely,

Such an education system is brought into existence by public and private schools. Also, there is an option of homeschooling and online schooling. Parents and guardians these days are keen in building the personality of their children right from the start and schools prove the perfect medium of their respective toddler.

A student thrives in an environment when he/she gets access to ample of resources, appropriate classes, support provided by the teachers and competitiveness that is brought in by their follow peers. This proliferates the required confidence in them.

Moreover, a student gets to socialize with the teachers, make friends, familiarize oneself with a large variety of like-minded mentors, instructors, teachers and students. Through this interaction, he/she develops a community base which proves helpful throughout his/her life personally as well as publicly.

Various co-curricular activities that involve athletics, varied forms of art and sports, children cultivate within themselves the spirit of teamwork. This is a very crucial “real-world” skill.

Some children through these kind of activities, discover the leadership qualities which proves as an important asset in their overall personality development.

As goes a popular saying, “Hope for the Best, Prepare for the Worst”. Through a wide variety of examinations, tests and a series of quizzes, pupils are embedded with zeal to prepare beforehand.

This skill of preponderance developed over a period of time, during their stay at school lets them properly weigh the details of a situation at hand. This helps in making them meticulous, which in real life helps them to think before they act.

Moreover, the strict work regime that they follow of getting up early nearly every day, getting their homework done on a regular basis makes them punctual, which is an apt skill set to escalate their respective professional ladders in the future.

Infact, when children solve a tricky mathematics problem together, when they plunge into action during a game/sport they tend to get inspired from each other’s way of doing things. This inspiration leads them on a path of hard work and learning and further boosts in them the habit of trying for the best.

Earlier, schools were meant to be a place where students used to read a chapter on history, solve mathematics problems and recite a poem.

Nowadays, schools facilitate the development of a child’s personality wholesomely by offering a pool of information on subjects like Astronomy, Law, Science, Music, Dance, Drama etc. and ample of arenas such as Athletics, Scouts and Guides etc. to discover and showcase one’s talent is proving helpful at a later stage in the student’s life.

Although, today’s schools are better equipping the children with lots of information they are failing to impart the necessary ethics into their minds. The way of living, remains an obsolete concept in modern day schools. Nobody fa puts the virtues of honesty, simplicity, respect, kindness and forgiveness into the young minds.

Many can be seen flaunting their accent, the lavish cars that carry them to school, the smartphones that their parents buy them. A feeling of mutual rivalry, competitiveness, show-off develops them as a result.

Education forms an integral part of a society’s progress and growth. It is the core foundation which is responsible for the social, economic and political development of nation as a whole.

Thus, schools should continuously improve the quality of education they provide, revise their curriculum’s, facilitate the interaction between teachers and parents and concentrate upon the overall molding of the children as the righteous future citizens.