Electricity is basically all around us. Electricity is what keeps us running. It is the boon of science without which they existence of modern world is unimaginable. From lightning up our dark rooms to running all our appliances, electricity is very essential for the survival of modern man.

This electricity is made available through an intricate network of powerhouses, cables and towers. It is made sure that all areas can taste the luxuries of electricity. Electricity is generated through the power of nuclear energy also. In nuclear power generation, uranium and thorium are used as fuels to generate power.

Other than nuclear energy, solar energy has also gained much popularity in India. India is a tropical country. It experiences sunlight throughout the major part of the year. It is a potential tapper of solar energy. The cost of generating solar energy is high and the infrastructure requires a lot of maintenance. But it’s feasibility, benefits and it’s positive impact on nature cannot be denied.

Importance of electricity in rural areas 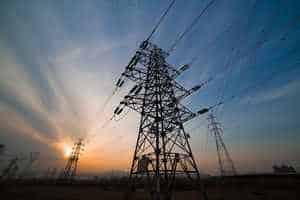 The importance of electricity is not acknowledged by people residing in urban areas. Because they are supplied with a power supply 24 hours a day, 7days a week. But what about the rural people? When we are consistently provided with something, we do not realize it’s value until it’s snatched away from our hands.

The electricity which the urban people waste like water is very important for rurality’s. People in rural areas don’t have access to state-of-the-art infrastructure.

Because apparently the condition of small farmers and traders does not matter as much as that of Dhirubai Ambani.

Women in rural areas have to walk long distances just to fetch water and firewood. But if provided with the facilities of electricity, it would lessen their labor. They would be able to pay more attention to their families.

Also, with electricity, comes a whole new arena of opportunities. Think of a house without a light bulb. Only candles emit light there. But ask yourself, is the glow of candles enough to read, write and perform other chores. A light bulb in those places which have not seen the dawn of electricity would prove a boon to the locals.

Rural people will get more access to clean drinking water, light and more sophisticated equipments also. Farmers will float in the boon of electricity.

Because then they would be able to use electricity powered tools for agriculture. Like electricity has changed the face of cities and some villages; similarly if it’s made accessible to all people, the condition of all citizens and their lifestyle will definitely improve.

Importance of electricity in urban areas

It will become scorching hot when none of our coolers, air conditioners, and fans will work. Markets in cities use electricity to light up the shop premises. Without electricity, it would become impossible for traders to open their shops.

The life in cities would come to a standstill. The airports would have to be shut down. Your WIFI won’t work. The services of entertainment would not be at your service. This is because all of them would need electricity in one or the other manner. It would be difficult to even study without light.

Education sector will also be hit hard. The smart classes won’t work without electricity. The malls would become nothing but a mass of building just like a ruin. All medium of transport and conveyance would come to a standstill. We will move back in time to an age where there was no electricity.

Instead of going to hospitals for sophisticated treatment, we would consider visiting someone who provides home remedies as a treatment. Without electricity, we would have no ground to stand. We would experience the ice age again where the man will turn primal.

So in the above paragraphs I have highlighted the importance of electricity. But it is depressing to see that people don’t flinch an eye before wasting this precious resource. Electricity is mainly generated from coal. Coal is not an abandoned resource and is available on Earth only in limited quantities. But we just waste the electricity which is actually so precious to our existence.

We should realize the importance of electricity in our lives. And hence we should take steps for its conservation.

On an individual level, each one of us can save electricity by switching off equipment’s which are not needed at the time.

We should use energy efficient equipments instead of those which consume a lot of electricity. At last, I would like to say that electricity is the wheel of modernization. And for that wheel to run efficiently we should realize it’s significance. Or also that time is not far when human would have to go back to where he came from.