It is a well-known fact that there were simply many rules and laws that were imposed by the British Company that was responsible for stripping away all the powers of Indian commoners and make them utterly powerless and helpless.

That forced them to follow the rules of The British Company. The Imperialist Policy of Lord Dalhousie was one of them. It was responsible for suppressing the Indians but was also responsible for uniting them as well.

Who was Lord Dalhousie? 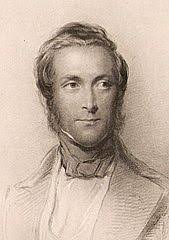 Of the many Governor- Generals that India had during the British Raj period, Lord Dalhousie was one of them. And he is also remembered to have done some good to the country even after working for the British Company.

But before moving on to that lets first know Lord Dalhousie was? Dalhousie was the third son of George Ramsey who was the Dalhousie 9th Earl, and he was also the youngest. Was born on April 22nd in the year 1892 at the Dalhousie castle. From the very beginning he had the true and remarkable traits of a ruler and a reformer.

Which brings us to the next important thing that is he was appointed as the governor- general of Bengal. He was only 36 and was appointed for the post. Although he served the British Company, he had given three of the greatest contribution to India and those are: The Railways, The Postal System and The Telegraph.

He had a keen eye for reformation. And thus his appointment as a governor- general turned out to be a blessing for India. He helped India to step into the transition mode of the then 19th century, where the world was stepping in to the industrialization and had come to know the benefits of industrialization.

From 1848 to 1856 he held the position as the Governor- General. It is very well known that England had its influence by this time in almost the majority of the world. And so the changes that were placed in the European countries had also been implemented in India.

The one great change was the building of the railway tracks. That brought a great reformation in the colonial India. The rail tracks were used to transfer commercial goods from different places such as from ports. Previously that was achieved through waterways or using the animal and man power, which would take longer days and would delay the process of construction of commercial goods was slow.

The introduction of the portal system also benefited India more than it did for the British company. Communication was made lot easier, and all credit goes to Lord Dalhousie and his reforming ideas.  Because of all his contribution towards the transition of India his administration was to some extent appreciated.

He carried on the work of his predecessors very efficiently. Because of which he was given liberty of executing the work the way he wanted.

Before moving on to the actual explanation of Imperialist policy of Lord Dalhousie, it is pretty self-explanatory to mention what imperialism means. Taken from a Latin word “imperium”, imperialism in a word would mean Dominance. To explain it further it is the taking over all the rights and enforce dominance.

The regions which were strong in terms of political and military enforcement would take over the less powerful regions. In this case India was one such nation which was taken up by the British company, the most domineering nation at that time. With the introduction and advancement in the industrialized section of the society, the need for practicing imperialism became even more crucial.

The European countries were far more interested in doing so. They would take up all the raw materials from their colonized nations and would manufacture the goods only to transport back to the nation and sell them to the people with whatever prices they choose.

Imperialism highly affected the colonized nation, taking away all their right and freedom. They were politically, economically stripped off their rights. Lord Dalhousie claimed to be a follower of the rule of imperialism was the prominent in charge of executing it in India after handling the post of governor-general in Bengal.

The Doctrine of lapse as it was also called was introduced for the sole purpose of capturing or seizing all the Indian states, so as to benefit the British company. Even though the role that Dalhousie performed as a reformer were contradicted when he acted upon the imperialist policy. This caused rage in the Indian people. They were unhappy with the law that was enforced upon them.

Some of the instructions of the policy included that the Hindu kings were not allowed to adopt sons. The British company cannot allow anything or anyone which has a possibility of taking the control from them. And so many kings were left with no heir or heir with no legal rights.

One of major impact of the policy on the colonized India was that all the matters that related with the issues of the states were taken care by the British company and so no Indian state was governed by any Indian ruler. In other word, British company enjoyed enormous power by capturing the states.

The titles of Indian rulers were stripped off and no ruler was given the legal benefits. And no ruler from the native land can claim their right to the throne or the state. The introduction of the policy simply had one motive and that was to capture all the states of India.

Lord Dalhousie was seen as an enemy in front of all the Indian people who were outraged with the policy. They simply had no voice or to say in other words were taken over by the British company. Dalhousie’s loyalty and duty lies with the British company and so he did do everything to provide power to the company.

In order to do so he was able to inflict the second Sikh war and a trifle with the Myanmar, then known to be as Burma. However, he was able to seize both the territories and claimed the British flag.

Dalhousie’s keen eye for the power and dominance was the result of the “Doctrine of Lapse” and also the rise of the many suppressed Indians who united like never before to overthrow it.