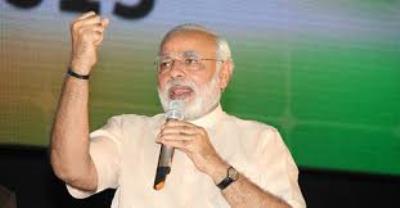 The Prime Minister of India is the Head of the Council of Central Ministers. As such, he holds a very high post, full of great challenges.

He is appointed to run the government for the welfare of the people. He must be honest, selfless, devoted and ready to me any sacrifices for the common welfare and interest of the nation

If I were the Prime Minister of India, the first step that I would take would be to bring prosperity to the millions of hungry people. I feel greatly ashamed when I see many of my countrymen leading their lives at a sub-human level.

My second priority would be to provide education to my countrymen. I feel very sad, when I read in newspapers and magazines that a very high percentage of the children of my country go without schooling.

To achieve this goal, I would make education free and compulsory for all up to the high school level.

My sense of self-respect is hurt, when I find that children of rich families get education in good schools, while those of poor families attend schools, not having proper classrooms or even black boards.

There should be no distinction and corruption in education. Another thing that is very important for a country concerns its defense forces.

As the Prime Minister of India, it would become necessary for me to keep a strong defense force, which would, able to keep away enemies from our borders.

I would also visit neighboring countries to maintain healthy and friendly relations with them. In today’s scenario, it is not possible for a country to develop in isolation.

The most important goal before the Prime Minister of India is to see the country is internally strong and this needs economics development.

As the Prime Minister of India, I would try to make India as self-sufficient as possible.