A voice is defined as a sound our throat produces while singing, laughing or speaking. A voice may be of different types like a shrill voice, flat voice, dull vice, baritone voice. A voice is a characteristic of one`s soul. A rude voice can dull and hamper all spirits and annoy you where as a cheerful and an enthusiastic voice adds brightness today.

I have always thought of what I would sound like had I been a voice. All of you know about Selena Gomez, right? She is the diva pop star who has the world at her feet with her voice, the most followed celebrity on Instagram and the girlfriend of The Weekend aka Abel Tesfaye. I always loved her voice.

Her voice is sweet and melodious. Her voice has her way of enchanting me and millions of her fans worldwide. Her story is inspiring to me and connects with me at a different level. I always wanted to be like her- pretty, smart and intelligent.

Selena Gomez, at the age of just 25, has achieved so much through dedication and hard work. She actually deserves the best in the world. If I were ever to become a voice, it would be an honour for me to be her voice. The voice that connects with millions of people on a daily basis, the voice that changes lives daily, the voice that holds so much beauty and power; I want to be that inspiration.

Now begins my journey as Selena`s voice. It is 5am in the morning. My baby gets up from the bed and goes straight to brushing her teeth. She then goes over to her mommy to wish her `good morning`. Omg! She used me to communicate. Oh! How blessed I am to be Selena`s voice- the voice that earns her millions every day. She then goes on to her inbuilt recording studio to practice her notes.

She practices for about 2-3 hours and grills me incessantly till the time I sound perfect to her. She then hits the gym and sweats off to maintain that perfect figure of hers. Oh! I just forgot to add that she used me again while talking to her trainer. I know I am sounding cryptic but I am just so excited for becoming the Selena`s voice. It is like a dream come true for me. She then showers, changes and heads out for work; all this while humming to herself in her sweet voice.

As she is about to leave for work, her phone rings up. It`s Tay-Tay again.  I get to talk to my best friend- Taylor`s voice. Selena and Taylor sat chatting for a few minutes and decided for a day to catch up on each other for girl’s night out. I was excited to see my best friend so much.

She is just amazing. Then again, doorbell rang. She went out to get the door, I saw my lover walking in towards me. Abel is a masterpiece. He keeps Selena happy, unlike Justin. Abel`s voice is my undoing. His song Star boy struck a chord with me. I live my boy so much.

Even Selena and Abel look so good together, Abel walked in and kissed Selena. This eventually turned out to be a heavy make out session. After that, Selena touched up her makeup and dress and left with Abel for the Ellen`s show. 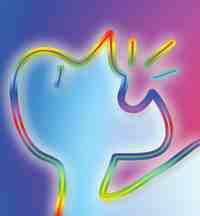 Ellen`s show was yet again personal and intrusive. I would have literally shouted at her with all my strength had Abel`s voice not calmed me down. The lady does not know the difference between what is right and what is wrong. But I maintained my composure and appeared to laugh off all the puns intended to me. I just had to make an appearance with Abel to promote my new song fetish which had just hit the market.

Ellen asked me about my well being, about lupus, new releases tied up, personal life, sex life (I mean who asks that) and about Bella Hadid. I don’t know what she intended by asking about Bella because that certainly dampened my mood. Bella is still a friend of mine and Abel and Bella are at peace now. She is now Abel`s past. But citing Ellen`s inquisitive voice. She couldn`t have helped it, could she?

After the chat show, Abel went off somewhere. Oh! How I missed his comforting voice. But anyways even I had business to do. Selena then drove off for a meeting with her producers. Erstwhile, she was conferencing with her squad dishing plans about Tuesday night. I was used by her for the complete way till the cut off the call. She then cleared her throat to make me more attractive as she made her way to the producer`s voice.

She then communicated back and forth with the producer about the profits swarming in from the release of Felish. She was happy for the success of her new song. The producer`s voice sounded pleasant to me as he was extremely happy with the success of the video. They talked a little more about her upcoming projects. After that, Selena exchanged her pleasantries and left.

For today, she had a concert scheduled in Texas. It was her first show after recovery from lupus. I was just as nervous as her. She tried to comfort and console herself by talking to her own self. She mentally prepared herself for the feat. She even called her mom to ask her if she could come to the concert to boost her moral. Offcourse! She said yes. While in the airplane, she took care of me. She had honey-ginger tea which soothed me and made me sound better.

I went over to the location and the sets were grand. I was ready for the task that lay ahead. I won`t ditch Selena because of my own selfish fears. I will try to be strong for her. Tonight was a big night for her. We both had to prove ourselves. With passing of the time, audiences began pouring but I went to stage at around 10 pm.

The million voices surrounding me encouraged me to sing. And sing, I did! I sung all of their favorite songs. From, ”Fetish” to “hands to myself”, I made it a night for them to remember.

I was very proud of myself and my Selena. Congratulations poured from all over Hollywood as she had conquered her disease with bravery. I did it. It was a nerve-wrecking experience and I will never be able to forget about it.