Unicorns are one of the most talked legends who have gained popularity by starring in every child’s dreams.

The legend of Unicorn is passed down from generation to generation. Unicorns made up a major part of my dreams.

I always wanted to own a unicorn which was a personification of beauty, with its long and slender legs running majestically all over the field; eating grass and playing.

My childhood dream was to ride a Unicorn, as if they even existed. But as a child fancies fulfilling his dreams, so did I. One morning, when I got up, I was astonished to see white hair everywhere. I freaked out.

There was a horn on my head and a mane on my neck. I quickly scurried towards the mirror to see my appearance.

Oh god! I had become my own childhood fantasy: A Unicorn. The Unicorn in my stories was often described as an epitome of love, sanctity, and élan.

The beauty of the Unicorn is unparalleled. I could not believe that I had turned into one myself. 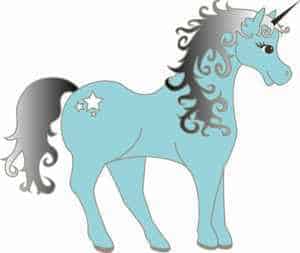 According to the legends, Unicorn’s white color symbolizes purity, peace and virginity as well. Unicorns are known to possess magical and mystical powers.

But I wanted to see for myself if they even worked. So I just thought of cleaning my room.

And, in a spur of a second, my room was spick and span. Now I wanted to go out to live my dream. But how was I to face my family. They would probably freak out. And no, I wouldn’t use my powers against them.

It was unethical. So I waited for my parents to leave. Then quickly I scribbled a not saying “I will be back later. Just went out to play. Take care. Love” And with this, I ventured into the streets.

Turns out, my decision was wrong. Such an exotic animal roaming around the streets of Delhi had people in spins. Some were trying to capture photographs.

But what caught my eye was when someone tried to ride me forcefully. I just shook myself violently and the person fell off. I wanted to giggle at that moment.

But I realized, it was not safe for me to roam in this form. So I went back to my place and took human form with the help of powers.

Though I missed looking like a beauty straight from heaven, I sucked it up and just went with the flow.

Maybe human form helps me to access those powers which I could not in the form of Unicorn. After that, I just ate something to fill my tummy.

Then I again ventured out in the streets. I made a mission to help everyone but I made sure that nobody took undue advantage of my help to sit back relaxed and stop any productive activity. As I walked along, I saw an injured puppy.

My heart immediately melted. I healed it through my powers and also gave it some dog food to eat. It felt satisfying that I helped a creature.

But I was not happy with the insensitivity prevalent among the people. It gave such a cold look to their faces. I wanted all evils to end. So I was like a madwoman on fire to achieve her goals.

I wanted change in not only my country, India but the whole globe as well. I started by trying to remove all the poverty prevalent in the world. No, I did not load people in cash or goodies. Instead, I loaded emotions in their mindsets.

When one family of the rich strata of society decides to help one poor, progress is not a far vision then.

I wanted an end to all the wars taking place on the land of mankind. So I decided to put a full stop to this nuisance.

First of all, I began with eradicating terrorism. I changed their mindsets.

As soon as I did that, they gave up their nefarious activities and surrendered all kinds of weapons to the government.

Next, I went off in the Mediterranean region to look at the situation of war struck countries. I teleported myself and saw the vast amount of destruction war had made. I was disheartened to see the scathing impact that the war had on all lives.

I tried to stop the war. But I soon realized that though terrorists had already been taken down, it was the monster that raged people’s mind which needed a check. Children were roaming with guns when it was just an age of playing with toy guns.

I ended the war there by travelling back in time when everything was beautiful and comfortable. The place was restored into its glorious beauty in no time.

And I made sure that the predicaments which led to war did not arise again. I wanted to remove all sins from the world and make this world a loving place to live in. but this was not possible practically because it was the hearts of the people that needed taming.

And no amount of magic can ever do that. Nevertheless, I tried to eradicate all the problems being faced by the men and the environment as well.

I tried to destroy all the dangers threatening Earth of peaceful living. I didn’t want to paralyze the mankind into thinking that they could just sit back doing nothing. But I just wanted t o help people.

My brother splashed water all over me to wake me up from my deep slumber. Oh how I wish this was a dream come true and we could live in peace and harmony for eternity.