A soldier is an unsung hero who is never talked about. He gives up his comfort and slumber for the nation to sleep soundly. An epitome of sacrifice, love and compassion; they lie in dearth of comforts. They live a life full of hardships and obstacles. They deserve ultimate honor and respect for the service they render to the nation.

If only I could become a soldier one day, I would wear my nation’s name as pride on my body. My uniform would instill patriotism in me. The day I become a soldier, I would make my parents and my mentors proud. 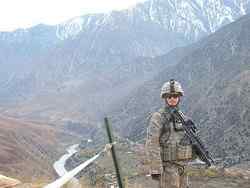 I want my country to celebrate each day as a festival. Even if it means laying my life down, I would be ready to do that. As a citizen of India, I would have used the resources, money and time that my motherland devoted on me.

It becomes my duty to repay her with utmost sacrifice for her protection. Whatever my future would have held for me, would be a gift of my country. No man with harmful intentions would set foot in my territory. They would have to go over my body before harming my country. I am highly grateful to my country for letting me take birth in this land of hermits.

Soldiers have to undergo rigorous mental and physical training to become a soldier fit for serving the nation. I am ready to train hard and serve my nation.

Physical training for becoming a soldier is a long period. It can range from about 8 months to 2 years depending on the regiment or unit the candidate aspires to join. Soldiers are allowed to see their families during this period.

This trains them to do their chores on their own. Battling home sickness is another thing they are trained to do. I know a soldier`s life is hard but the respect and honour I will get looks worth training. If I were ever to become a soldier, I would make sure that I contribute to my nation as much as I can. Even though I will miss my family, as I will be staying away from them, but it will all be worth it when I see their proud faces at the end.

I would work incessantly for the upliftment of the society. As a soldier, I would try my best to develop an honest, genuine and a moral character. Dishonesty and adultery is not expected out of a soldier.

It would make helping, caring and sympathizing an integral part of my character. I would try my best to help and as many people as I can and make sure that no one is disappointed with the services of amid forces.

In times of battle, I would step up and volunteer my services for the battlefield. I would like to die the death of a martyr rather than a coward. In the battlefield, I would never back off from helping my other soldier’s comrades. 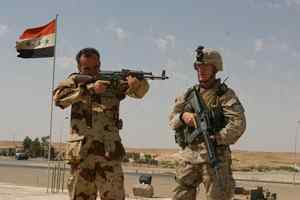 I would make sure that no civilian is unarmed of any country involved gets harmed in the war. I would keep my ethics above everything and try to shield my nation from any harm which might be caused to her.

I would try my best to become an ideal officer who is looked upon with dignity by his juniors and care by seniors. I would try to become honest, sincere and courageous.

I would fight off the enemy with fearlessness. I would never surrender to the enemy. I would never betray my country. All the secrets and information would be safe with me for sure. Treachery is the last thing I would like to reward my country with after so much it has done for me.

In times of natural disasters when armed forces are called upon to save the stranded citizens, I would volunteer my services for the nation. I would provide necessities to all my countrymen in times like these. I would work with my team mates in coherence and keep up the team spirits. During Naxalite or terrorists attack, whenever I am called upon for help, I would strategically take down the unsocial elements from the society.

In case I ever stumble upon a traitor, god help that person because I would hunt them down and make sure that they get the highest punishment under law.

In my eyes, there is no place for a traitor and he does not deserve to even live on this pious soul. Even when he is sent to jail, he will be eating food out of taxpayer’s money which I absolutely abhor.

Soldiers guard our borders, international waters and international air space. They guard our ‘Line of Control’- the immediate border which is shared by other countries with us. In times of direst stress, they do not flinch even a bit and keep on working alertly to spot any mishap.

If they sense any suspicious activity undergoing, they do everything in their jurisdiction to check any nefarious activity. They guard the borders from any possible infiltration, smuggling or harmful attacks.

I would like myself to be associated with the valor soldiers are recognized with. Songs of their chivalry and stories of their adventures are always amazing to listen to. I would like to be a part of those legends passed on from generation to generation.

India also has some special forces which are trained to mentally and physically handle any situation effectively. These forces are designated to carry out tasks which are secret and undisclosed to the public.

For example, the recent surgical strikes against Pakistan were carried out with utmost precision and accuracy. I would also like to be a part of such forces though it is a tough task to clear the screening process.

The day a soldier takes the oath of his duty, he vows his life to nation. I belong mind, body and soul to my nation. The life of a soldier is based on the principles of selflessness and sacrifice. I would defend my country with my blood and sweat. I will honor my duty by giving it all it takes to serve it right.