I’m living far away from home and I was quite amused, when my mom called me first time “my Princess” on phone.

For every parent, their daughter is a little princess of wonderful world that does not exist. Young girls are fond of wearing crowns and mimic the style of “Cinderella “or “Rapunzel “.

As a young kid, we built castle in air and every night, we hit the sack with a vision of being the queen the very next day and hear “long live the queen”.

These are just mere craved desire of every girl. I wish I get an opportunity to become the queen of England and rule Britain.

Well, that’s quite impossible thing to ever happen. But “dreaming is exclusive of tax”.

If my dream come true I’ll do the following things

I would put males behind the bars for molesting females 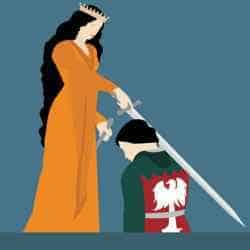 If I were queen, my first priority as a woman will be to give a fresh breath of air for women to inhale.

From the day life start existing, women have been severely harassed in all dimensions.

I would even punish people for compelling us to do those things that we are uncomfortable with.

Rape crimes won’t exist in my kingdom.  If anyone do not adhere to my rules, he or she will strictly take in action.

No girl like nirbhaya would be raped for strolling late in night.

If I were queen, my second priority will be extinguishing the fire terrorism that has scattered all around our beautiful world.

First the warning will go or else if turning deaf ears towards my instructions, they will have to be heavily penalised in cost of their life.

No one would be allowed to keep rifles or guns.  And my officials will keep their eye everywhere whether it be social media, and teach people, “many religion, but one humanity religion above all”.

Implement education for all and transformation in education system

In my reign, education will be compulsory for all. My laws will not be just for decorating my constitution.  No child labour will be tolerated at any cost.

Education will be not about cramming up and “eat the books as meals everyday”, it’d rather be about practical and real life based examples sort of education.

No one would be unemployed and many of family issues will be smoothly solved.  Young and old citizens would be embarking by taking part in government initiatives.

Moral values will be inherited in children from age of toddlers as the values are seen very less among alpha generations.

Education will be like shooting two goals with one arrow.  People would be more concerned about health due to which many of the environmental issues will be eradicated.

India faces the major problem of drainage of human intelligence. If I were a queen, I would create bag of resources so that my citizens would not accept offer of other countries and rather work for development of our country.

More than half of Indians depart from India because they do not get a platform to showcase their work.

But in my reign, I’ll come up with enough good quality infrastructure and help new ideas to germinate and blossom in their indigenous land.

I took it at last because above mentioned work of me would help in cutting off the evil roots of corruption. but if so, it exists, I’ll declare ‘surgical strike’ against evil Practices.

In my kingdom, no exchange of bribe should take place.  Poor should not be subjugated by “Richie – rich”.

I’ll keep an eye on my officials and if anyone of them cross their line, they will be underlined in my blacklist.

Citizens will be rewarded if they are witnessing any unscrupulous activity and inform me about it. I dream of ANTI-corruption nation.

My queen reign control is more or like today’s idol politician but it’s 21st century and a better place must build with such quality of bricks.

If I were queen, I know I will get all my personal requirements whether it’d be jewelries or high-class life.

But with such royal seat comes greater responsibility, and today’s world is much harder to handle and queen’s main work is to take care of its pupils and ensure they live in peace