Evolution of human has seen leadership traits. Not only does human have kings and queens who lead the masses but animal kingdom too have these two classes.

But the basic gap of haves and have-nots had led to emergence of two categories since time immemorial. Classes are the ruling section and masses are peasant section.

There have been Kings and Queens since ancient times. Egypt had kings (pharaohs) from at least 3,000 BC. Most European countries had kings and queens up until the 19th century.

Some European countries have kings and queens. They are known as ‘constitutional’ monarchies.

That is, the kings and queens no longer have any real political power. But instead they fulfill  mainly ceremonial role as heads of state Example is London.

These kings and queens have enjoyed lavish life style. The lived the life of grandeur. Palaces, numerous helpers and Jewellery for queens everything associated with them were of grand size.

They use to set example for their peasants. Word of their mouth was the rules.

History has records where the rulers were classified into two categories. Kind hearted rulers and hard hearted ones. Kind hearted were the ones who use to do all good deeds for their masses.

Kings provides masses with every basic thing available at that time.

They Use to listen to their grievances and tried to solve them too. Example of one such king is king Ashoka. And then there were cruel kings.

Throughout the history of mankind there have been many cruel rulers that used terror to control public.

They were harsh with their peasants. They use to enforce rules on them for their benefits and poor peasants led life of misery. Example of one such king is Vlad Tepes.

Lineage of kings and queens 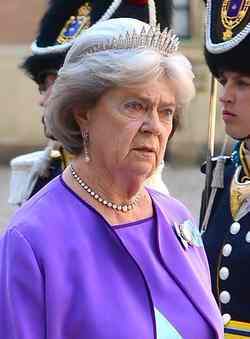 Since kings and queens were hereditary in nature that means that the powers of kings were to pass on to their son.

And in many rare cases even their daughters came to the power after death of king.

Sometimes, princes use to grow so powerful that they would over throw their father from throne. They then become king themselves while father was still alive.

This is hard life`s reality. But the lifestyle of prince and princess was common man`s dream for sure.

Usually, right from the schooling to gaining all the worldly knowledge everything uses to be at their disposal in palaces.

They use to live life of luxury from their birth. Marked by satin bed linings and silver utensils their childhood is exemplary.

This exemplary life attracts me too. I dream of being a princess myself. If I were princess the life would have been full of luxuries.

Lives of Prince were difficult ones, once they attain adolescence. They were to fight battles. But life of princess were every girl`s dream come true.

They were free from most of worldly worries as their duties included learning various art forms within palace. Their lives were confined to palace.

No one could dare to look at them. Life use to be bit difficult as wife for princess.  History has many examples where wife was made to sacrifice their life with dead body of their husband.

But history has example too when wife came to throne after dismissal of their husband. They fought with bravery to safeguard their pupil and died death of martyrs.

I wish if I could be a princess but then silver lining strike me. I realized I am a princess though not of some estate but of my sweet little house. My father is no less than kind hearted king who meet all my demand.

His desires are my commands though he never enforces them on me. He strives hard for me especially because every daughter is father`s princess and every father is daughter`s ideal.

In ancient India princess were safeguarded by confiding them to palaces. But today`s little princess are taught various martial arts so that they are eligible enough to protect themselves.

They are given education to the highest possible level of their calibre so that they could create niche for themselves.

Born with silver spoons in their mouths, they leave no stone unturned to flaunt their luxury and royalty. An incident in this context could make this fact more notice worthy. It goes like this

King Jai Singh of Alwar was insulted by a Rolls-Royce salesman in London. So, he ordered a fleet of Rolls-Royces to use them as cleaning cars to transport the city’s waste.

This is just an example of what the magnitude of grandeur of royal families was.

Even today such families exist. Their grandeur has increased manifold with their money earning more money for them.

To quote the words of Christopher Marlowe

“But what are kings, when regiment is gone,

But perfect shadows in a sunshine day?

The number of royal families declined and came into limelight the millionaire and billionaire species of royal class.

If I were a princess in modern days born in some royal family, the whole scenario would have been different. I would have made it mandatory in my estate to educate each girl child.

No girl before the age of maturity should be married. Household chores would not be the responsibility of girl child only.

Every girl would get the status of princess in their personal capacity. Boys would have to respect each girl. Eve teasing would be totally abolished as I would lay down hard rules against eve teaser`s.

They would think twice before indulging into heinous crime like that of rape, kidnapping and force marriage.

Any crime against woman would not be left unpunished.

Girl child would be self-reliant to the extent that the proverb “behind every successful man stands a woman” would come alive. She would not be considered a burden but a blessing.