If I were a President Essay for Children (999 Words) 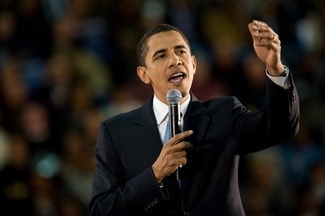 Everyone hopes for a better nation, a better environment, a better place to live, etc. everyone has high hopes for its country, you sit in between a group of people and they themselves will point out the things that they are hoping for to improve in our country within a minutes.

Now let’s talk about the president of a country. Hmm president. Who is a president? A president is the one who is the head of government. He/she is the symbol of all the people. It’s a huge post to be on. Plus a lot of responsibilities though, piles of pressure too.

A president is the one who is representing all, he or she has to think wisely and make decisions in such a way that would lead to a brighter future of our Nation.

Everyone thinks of bringing change towards their country. But what if I were a President? Woah! That did be so cool! Hmm. This topic is gonna take a while matey.

According to me, the basic improvement that I would work upon be

Let me go brief in this topic,

So what is gender inequality? Gender inequality defines that men and women are not equal. Isn’t it discrimination? We are living in the 21st century, everyone calls himself or herself as modern and knowledgeable, but let me tell you that is all bullshit, shame on such modernization that you are living in the 21st century and still don’t treat women equally.

Like is it a joke? People have been killing the girl child in the womb itself. Don’t you know how you came into this world? Through your mother, a lady you idiot. Not a bird flew and throw you at your home! That is just in the comic stories.

And even if the girl child is born then what? People start treating her as a burden. And a time comes when people marry them with someone who himself is studying. Why is a girl burden to you? Cause of dowry? You stop believing in dowry system, if someone scares you of the fact that a girl means dowry then through a book of constitution on hat person.

There are some people in our country who respect women so much, that every time a girl is been born, the whole village grows 101 trees. I am seriously proud of such people. There should be more people like that.

I would seriously work on gender inequality and bring awareness to each and every person to respect a girl, cause she will be someone’s mother, someone’s wife, someone’s daughter, someone’s sister, someone’s friend, someone’s girlfriend. And if you can’t do that, then get ready to live in a nation where you yourself would be turn into gay.

Simple it’s us. It’s us all. We are the reason behind it. Everyone is running so fast in their lives that they won’t think once of what are we saving for the upcoming lives. Being a president, I would work on pollution its causes and prevention of it. I would let no stone left unturn.

Reservation system is seats specially equipped for the backward people as an opportunity to rise. But don’t you thing that these days it is not fair for the other students. Trolls and memes are being made that why weren’t we born as SC or ST…. so do you think it’s fair for everyone. No! Right?

Being a president, I would definitely remove the reservation system and for those who are from the backward societies and need help in education or so, will bring few schemes for them, like if they scored above 80% than they can get a scholarship, by this the people who are actually willing and potential to work will get the jobs in the near future.

I want to make a crime free nation, not a single day passes when we do not hear or read about 4-5 cases happened per day, the crime ratio is more wider than the hairs on a woman’s head.

To make a crime free nation, I would work on it by making a special secret team in each state who would grab the culprits. Being a president, I will work on a crime free environment in our nation. Everyone wants safeness, obviously people would be expecting a lot from the government so it’s me who should bring out the change.

As a president, it’s my responsibility to look after the agriculture department. Are the farmers really getting what they deserve? Do you know that they are the ones who produce the food we eat, they are like Gods and Goddesses but are we treating them well? I don’t think so. Being a president, I would get them full rights, bring out few schemes through which they can live a better life and get what they deserve.

At the end I would just like to say that if you are not a president, at least you are a human, you can bring a change, because change starts from the one and goes till infinity. So don’t just sit back in front of the TV and point out that the government should do this for the betterment.