If I were a Politician Essay for Children & Students 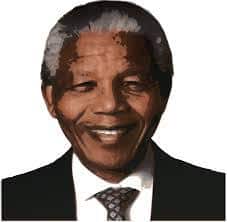 We live in a democratic country, democratic refers to a nation which is independent and the individuals of that country are free in their speech and action. They have the liberty to speak and make their own decisions based on their experiences and perception of the nation.

We are no more in a world of monarchy wherein the kings and queens used to rule over people and govern them. In the monarchy structure all the powers were in the hands of the rulers and the inhabitants of their kingdom were made to abide by their rules and norms.

Not everyone is a born leader. In order to be a leader or a governing body one need to possess the leadership qualities. When it comes to lead a country we have our leaders in the form of politicians who look after our nation and safe guard us.

The leadership qualities like the sense of sympathy and empathy, the power to put forward their views and be agreeable. Until and unless a leader relates with the problems and sufferings of their people he/she would never be able to tackle with their problems and bring a solution to it.

A leader should be in close space with their pupils. The politicians of our country who work for us, for our nation should be well aware of the prevalent problems of the society and be intellect enough to judge the difference between the issues which requires urgent attention and which does not require immediate attention.

We live in India and are very well aware of the corruption which is deeply rooted in the society. The politicians who claim that they would provide justice, would perform for the betterment of the society, would take up beneficiary projects, the promises of building schools for the poor’s, providing justice to suppressed women, building up of hospitals for the under dogs and repressed, construction of roads, planting of trees, solving the major problem of traffic and the pollution and a lot more to the list of their promises made to the people has always failed to cope up with their promises.

Everyone is greedy of power and once they come in power they forget about the promises made, trust of the people and everything that helped them in gaining the power. They try to win the trust of people by making all the fake promises and has no sense of empathy or goodwill in them. They just need votes to get the throne. The contemporary world has become selfish and self-bound.

With leadership, comes the responsibility. A politician should be dutiful and active. A leader has to fulfill all the promises made to the people. This problem does not sumps up only to the people but the fulfillment of promises is important for the development and betterment of the country too.

If I were a politician then I would have done many changes and modifications in the society. As a leader I need to work on the issues and root cause of the problem because then only I would be able to bring up its solution. The very first thing that I would do is to show my performance and make myself worthy enough to stand in front of the people and then ask for their votes and support.

Until and unless I have proven myself worthy of the power I would never ask for it. We need to earn it through our sincerity and honesty. There are various issues that demands immediate attention.

If I were a politician then I would ask people about their problems, would personally interact with them to know how difficult situation is there. There are poor people living in slum areas, the shabby places. Those places are extremely claustrophobic and unhygienic.

The sanitation is not proper, the drainage system is not appropriate. I would provide them with clean drinking water, with proper sanitation and drainage system because hygiene is very important. If a place is unhygienic then it becomes the center of various diseases and problems.

There are cases where poor people die out of diseases or infection because they could not get proper medication and hospitality. I would initiate the construction of proper government hospitals that would provide them all the necessary medications and facilities.

The construction of proper roads, protection of the Indian heritage and monuments. These are the valuable treasures of our country and needs to be taken care of. We have one of the wonders of the world, The Taj Mahal in our country. People from all over the globe come to pay a visit to these monuments and buildings. They need to be guarded and taken care of.

The most important thing for our country to develop is the need of educated people. The literacy is a very major concern. I would initiate the construction of government schools for the poor’s so that each and every one is educated.

If people will be illiterate then it would hinder the growth and development of our country. Education opens the door of various opportunities and possibilities to excel. Knowledge brings power.

It would be a very difficult job to make so many changes in the society but as the proverb says, “Rome was not built in a day”, similarly it would take time for the things to fall on the right place but there should an initiation and beginning of the changes.