Essay on If I were a Non-Living Thing 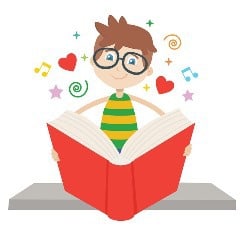 I never thought about it what would have happened if I were a non-living thing. But now that I think about it, non-living things have its pros and cons both like two side of a single coin. The perks will be – if I were a stone or rock then it will be nice to not break easily and if I were a vase or something made out of glass then I would be used as decorating purpose or be useful to the human beings.

The cons will be if I were a rock or stone then people can use me for throwing purpose which is not appreciated by any one and if non-living things had feelings then they for sure would not have liked that at all and if I were a vase or something made of glass then I would be easily breakable.

Non-living things are not living but that does not mean that people won’t appreciate them. They are helping people and the least they should get is to be appreciated by the living things especially by human beings because they have the power to make or break non-living things.

Yes, non-living things are not alive but that does not means we will not respect their use in human’s life. They help human and they are made because human beings wanted to use them. Human beings after the use of the non-living thing is over, throws it away or stuff it in a place along with the rest of the unused non-living things.

If I were a non-living thing then sure I won’t like the way human being treats me. In fact, most of the human beings refers to the non-living things as ‘It’ and not as a thing and I sure wouldn’t have liked being called as an It.

I am a non-living thing that means I will be useful to the human beings for whatever purpose I was made. In fact I will be happy to get used by the human as that is the reason they created me. People can make me into anything they desire and I have no say on it.

Whatever the final result will be, I will accept that as that will be my fate. I will be something not just an ‘It’ but something. At the least I will have a use to the humans. Even the pebbles on the street are useful. Every non-living thing has its own use and not one of them is a burden.

Even though many times people think that non-living things are just stuff that do not need any respect but that’s not true. Sure I am a non-living thing and I have no feelings but that does not mean that I shouldn’t be respected by the humans. It’s wrong and unethical.

People are using us for their need and that is a reason enough to show us respect. We deserve it and also earned it by being useful to the human beings.

That will be something to be proud of and I do want to be proud of that. So when given the choice it will definitely be something life changing. It doesn’t matter to me what kind of thing I will become as long as I can do at least one thing that will help a human change themselves for the better then I will be that thing in a heartbeat. I won’t even complain against it.

I will accept that as my fate and be a non-living thing proudly. It’s silly considering the fact that non-living things do not have any feelings or life for that matter but that does not mean they won’t be a way to change someone’s life for the better and as much as I hate to admit it, even for the worse.

Being a non-living thing won’t be that bad and who knows I can even turn out to be something that will be there forever in this earth. Non-living things are not bad or being one is a bad thing.

It’s a person’s thoughts that are actually bad which is why the person who use the non-living thing makes all the difference with the help it that thing. So, non-living things shouldn’t ever be consider as an It but as some things that help the humans in the way it is made to use.