If I were a God, that would be so cool, but had loads of pressure though. In this huge World, everyone is running towards reaching their goals, the steps towards success and the hope that keeps lightening their goal is God. God is a hope. Nobody knows who actually God is, basically he is a hope, just like a candle in the darkness that enlightens there life. If there is no hope, there is no light.

So, basically God is a hope for everyone. He is the light in the darkness. Some say that he is everywhere, he is in me, he is in you, he is in everybody.

Damn! This topic is going to take some serious time. So, God, I mean if I was him, Damn I guess it would be pretty cool. I would be like some cool superhero that every person has imagined in their brains. Should I get a costume? Um ok totally different topic. Lets just stick on this one. Hmm ,so me God, TBH that would be really difficult job. India itself has a population of around 12 crore, and it’s the second most popular country. 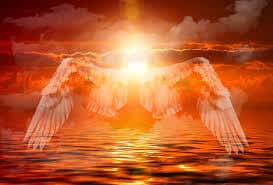 Anyways I am getting off the topic again. So I would be controlling millions or billions or zillions wait what’s bigger than that? Ok let us take zillions only wishes per minute or second. Because dude if one wish gets true, people demand for another, and work hard on it.

And accepting all the wishes will lead to the problem of what happened in the movie of God Tussi Great Ho of Salman Khan. So listening to every wish, its so difficult. But yah, for sure I would accept the wishes of the ones who would be really working hard to lead towards the steps of success.

Plus I would really work on unity between Nations. I mean if we all live together in this world, what is all the fuss about!

Would I be able to change people’s mind?

Hell yeah! I am God, I can do anything. I would try to change the paths of those who would be leading towards the wrong way, so that the world could be crime free. So, that India could be the nation where a girl could roam all alone in the streets at midnight without caring of being raped.

Why am I talking like I am writing an essay on “If I were a prime minister”? XD me!!!! But yeah I would try my best to change people’s thinking.

Now, the question arises is that how would it be to be like a God?

Would I have magical powers. I mean, could I get invisible anytime? Could I walk through walls and scare the shit out of people (just for fun though- I mean, if I were a God I would do some pretty fun stuff too. The God also has desires people!!!) .

So how would it be?

Would I be like Spiderman, crawling from buildings to buildings and delivering the yes or no to people’s wish lists. Or maybe I would be strong enough like hulk, Damn sooooo cooollll yay!!! I guess I would be All In One. Intelligent, Strong, Invisible, able to Fly.

Jokes apart, I have never seen God or maybe have seen but didn’t knew that it was him. I think that he is amazing and pretty cool to make this whole universe, the one who bought us to this world, the one who made this world so beautiful and complex though.

I thank to God for everything, for this life, for parents, for family, for this world. But damn God must be a genius, Like he made us right??? Have you ever studied medical? Even if not! Have you ever seen Munna bhai movie even they mentioned that a human body consists of 206 bones. I mean he made our body, so complex, seriously he must be a genius. If I were a God, I don’t know what would have happened up till now! So seriously, God is amazing. He is awesome.

If I were a God, I would try to fulfil the dreams of those who would be moving towards the right path.

If I were a God, I would try to change the mind’s of those people whose manners should be rebooted.

If I were a God, I would try to bring unity between the nations, to bring peace in our World.

If I were a God, I would make people think to work hard for the betterment of Mother Earth, I mean dude! I made a whole planet for you guys, can’t you even maintain it properly????? Shame on you people! Seriously shame on you! Globalisation, Deforestation.

Cutting the trees, then producing papers from that and then writing “ save more trees “ like wow! Round of applause. Not even that producing papers so that kids could give examination ? this is not fair for kids they want to protect the trees instead of filling out 16 pages of one subject. (this was just a meme though).

But one should change the thinking and work for our World, our Environment too, its not a joke! If we have got a nice place to live in then we should also maintain it, or else who wants to raise his/her kids in the world where you would be wearing oxygen masks 24*7. Think brighter people! So, I would really work on that.

Bhagwan kadh kadh mai viyapat hai!(Hindi Quote) I thank God for everything, for making this beautiful world, for making us all, for giving us a meaning full life.