Since my childhood I always wanted to possess a supernatural power.

Not to rule the world or something but to get to know how it feels to be special, special because I could have done things differently compared to other people.

And if they do, are they all good or bad? I would have got all my answers if I were a ghost.

Firstly, if I were a ghost I would not have left my home because that is the place where I was born and spent my entire life.

No matter what, we all have our sentiments attached with our home so, I would have definitely kept my home under my possession.

Secondly, I would have looked after my family even though if I am not able to touch them, I would have been with them during their good and bad times.

I would have tried solving their problems which I was not able to do when I was alive.

This would definitely reduce some of their burden.

Next will be my best friend.  During my childhood my friend used to tease me that why don’t you die , so that he get could get rid of me  and to that I used to reply even if I die my ghost will always haunt you !

So if I were a ghost I would have made my friends feel my presence so that I stay in touch with them. After all where would I go when I feel bored?

So definitely I and my best friend would have had a great fun time together, if I were a ghost.

We could have done pranks with our colleagues we didn’t like.

We could have stolen the mangos from our neighbours tree easily and many other funny things.

My personal desires and deeds 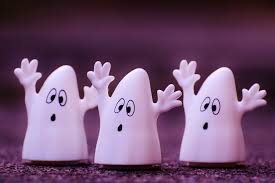 So, if I were a ghost I could have been disappeared at anytime from any places. I would have gone to cinemas without purchasing any tickets.

I would have gone to Amusement parks, I could have wandered at night singing haunted songs on road.

I would have freaked out the people whom I don’t like by showing my random appearances.

The best part could have been the food. I would have gone to restaurant’s and eat as much as I want without paying. I would be able to eat so many ice creams without caring about to fell sick.

I would have watched televisions and my favourite cartoons whole night without caring about to get up early morning next day.

I would have made friends with other ghost’s as well. I would have haunted my maths teacher and all those people who made my fun.

Most amazing part would have been NO STUDY. It wouldn’t have been a matter of concern for me anymore to study and get good grades.

And one the best things that I love is eavesdropping. I would be able to hear all the secret conversation of everyone and I could have protected my family and friends by knowing what someone has planned against them.

Apart from fulfilling my own desires, I would have helped other people too. As a ghost I would have possessed some powers to prevent the mishaps that could take place in our day to day life. I could have prevented burglaries and thefts.

I could have prevented accidents and could have punished those harassing the women on roads.

Firstly, I would have scared my enemies and all those people who treated me or my family in a gross manner.

Secondly, I would have scared all the corrupt politicians who are responsible for India’s lag.