A sense of belonging

I would be sad and compassionate about those other stray dogs, which wander around in dark places and get kicked out and stomped just because they exist there.

My allegiance and devotion would be directed to the ones who take care of me. My purpose would be to be a strong dog who would be living not for himself but put others above myself. I would want to live in a way that I would be remembered and my memory would bring tears of joy into the eyes of them.

My purpose would also be to start my own family. My own counterpart, my significant one; I would care so much for her, bring her beautiful things to surprise her and love her truly and to start a family with her. I would raise my own pups to be dogs of value and honor just as I would be myself.

That they would become the dogs who I would take pride in as my own children. I would teach them by example what it is to love and care for those who deserve it.

As a dog, I would be very playful and would love to play Frisbee. Balls will be the most exciting thing in the world. You know why? Because they bounce back at you! Isn’t that the coolest thing you ever saw! I would love to go out for very long walks. I would love to learn and acquire skills that my master would teach me.

My playfulness would win everyone’s hearts and I would be humble enough to keep becoming better and better. I would never stop. I would learn to even swim in shallow waters. I would love to take risks. I would be adventurous and want to explore the best of the places. I would desire freedom that helps me become the best that I could be. I would work very hard and would never be lazy.

If I were wild

It would be the difficult way of life. Because I have to hunt down or arrange my own food. I would have to make up or find an appropriate shelter. I would fulfill all of my desires of living a wild and adventurous life but there would be something deep missing – a sense of belonging. I would be on my own.

I live or die it wouldn’t matter to anyone. I would have the joy of falling in love. But even that would be competitive. There would be many other dogs out there striving to be better than me. But I would surpass them all. I would be agile and fast. I would be fierce and courageous.

I would never give up on my values or dreams. But it would be a lifetime of struggle. Even if I do manage to start my family, who would provide food and shelter for my young ones? There would be heat, there would be rain, there would be winter but above all, being together is all that matters at the end of the day!

If I imagine a day, in the wild what would it be like? I would wake up before its dawn and mark my area with my signature. I would let other dogs know that they can’t wander off there. The next thing to worry about would be food. Maybe there would be other small animals which would serve as my food like chickens, ducks, turkeys and even antelopes, if I become too wild!

I would think of life as a journey. Being in a never ending quest longing for something more, something better every single day. Yes, some days may be hills while others are valleys but I would never stop at failure. If I imagine myself in a rich man’s house then life would be easy and leisurely.

They would hardly be able to make time just for me. Hardly any time for making valuable memories with complete freedom. They will be bound to their work and would give me to their servants for the most part.

But even if I live in a poor man’s house I would be content with what I have and what they would feed me but the greatest joy would be to live as a part of their family nonetheless.

My attributes and perspective 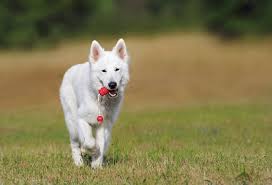 I believe in hard work and living a passionate life. I believe in being kind and compassionate to the less favoured and less privileged ones who are capable of infinite potential.

I would be a brown, hairy breed with strong features and a bark that would scare the hell out of malicious threats and a playfulness and charm that would draw all the love in the world towards me.

Yes, it may sound selfish but I want to be wanted. I want to be cared for. I want to be a part of something greater than myself. I will be a loyal dog capable of the most difficult things.

If I were a dog, I would be a dog of honour. I would take pride in my being. I would do my best no matter what sacrifice it takes of me to be able to come to the point where people would look back and remember me.

One day when they would sit a dinner table, they would remember me and laugh and cry about the things that we did together and about the times when they couldn’t imagine life without me. My pups would carry on my values and be the same and dream even greater things than this.