God created human beings and assigned particular roles to them. On the point of creation and human beings there are very famous lines of a great poet, dramatist, literary scholar of all times, Sir William Shakespeare who in his poem mentioned that, all world is a stage and we humans are the players who perform their part and role and go away.

These lines are very much relatable. Be it a boy or a girl, man or a women, each gender has got their specific roles to perform.

There is this pre-conceived notion of girls about boys. Girls consider lives of boys to be simpler and less complex. They at times envy boys because they believe, for them everything is so easy and accessible.

This is not at all the fault of girls but the society in which they have brought up have projected them the case from the very beginning of their childhood. It is not at all right to think that boys have a very easy going life or if I or any other girl would be a boy then there life would be so easy and according to their wills and demands.

They, the boys, too have responsibilities to perform, expectations to rely upon and a lot more in their life. The major reason for this increment of thought in girls that if they would be a boy then everything would have been so easy is the orthodox society of our country. It has a very major impact on it. 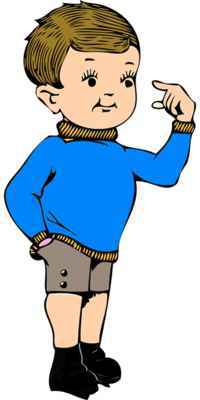 Well not particularly the orthodox society but the patriarchal and male dominated society has given rise to these notions and has made their thought process true. We live in a society where things and situations work according to the wishes and desires of the male member of the society.

There can be very common example of father figure in our families. They are to take all the major decisions, be it related to their work or of household matters. Their opinion and decision is considered to be the final and the sanctioned one. In many families the girls are not provided with proper education, they are forced to learn the things which would help them to manage their household after they get married.

They are not given that space and freedom which the male counterparts of the family enjoy. Boys are provided with all the educational facilities and if required they are even send to other places, away from their home to complete their education. The boys are always taught to take up the responsibilities, they have to manage the house and take up the best job so as to secure their livelihood.

On the contrary, the girls are never taught the same. They are trained in cooking, stitching, sewing and other house hold related tasks. There was a time in the society where women were provided with education so as to teach their children and not for their own self and knowledge.

This is the greatest irony of this society that a man who is born out of a mother’s womb and later on that mother who is a female by her attributes is considered inferior and weak.

Moving onto the thought process of a girl thinking or wishing if she was a boy is a very common phenomenon though which all girls go. They think that if they would have been born as a boy then they would have got all the freedoms, the liberty to do the things of their own interest and choice, the liberty to go on tours, to spend their time with their friends staying at their place, the sense of security and relief since being a boy nobody would misbehave with them.

The major concern of being a girl is of security and safety. Being a boy would give them freedom to travel late at night without any fear. The society accepts every flaws of a male but becomes extremely judge-mental when it becomes the case of a girl.

If a boy is seen with a group consisting of girls then it is fine for the society but if they get see a group where there is a girl with more number of boys then they are considered to be ill-mannered, not descent and several other adjectives to describe their character. These are some of the major reasons which lead a girl to at least think once in her lifetime for not being a girl but to have been a boy.

Taking into consideration all the facts it is true that life of a boy could be determined as easy when compared with a girl. This is because of the lack of opportunities and facilities that the girls are deprived of. It is very obnoxious to live in a partial society which is more favorable to boys than girls.

Looking onto the other prospect of the matter when we take into consideration the life of a boy then it is not at all easy as it appears to the people. They too live a difficult and burdened life. They are heavily burdened with responsibilities like of taking up a job since a boy cannot sit at home and perform the house hold works. It is against their respect and dignity.

They are burdened with the responsibility of taking care of their family because from the very beginning they are taught that they have to manage the things. It is true that they do enjoy the liberty and freedom that a girl does not but that does not make life easier. They are not allowed to project out their emotions, to vent out their feelings because they are boys they cannot do so.  It is against their manliness. These things must be very difficult and disturbing for them to manage.

According to my views, no matter if there is a boy or a girl it would make no great difference. Every gender has their own problems and nobody has got their life easy and without any worries. Both have got their roles to play and equal challenges to face.

A coin has got two faces, similarly both the genders have their own importance, hindrances and pathways. Yes, there are several things which definitely needs urgent modifications and that would make things better but to conclude, every human being has their pros and cons.