If I were a beggar it would be my main motive to improve my situations. It is particularly an odd situation where you are left with the least or no money. Thus, begging is not a profession, instead, it is a necessity that even a great number of people in our country use to get their food.

The biggest problem with begging is that the people look down upon the people who are actually needy. If I am a beggar I would try improving my conditions with the money that I save. But as we know, it is the most difficult thing for beggars to get a job as a shop helper or even janitor so that they can live a normal life. It is a myth to me as I think no profession is small and being the beggar, it is very important to understand the adverse situations.

The money given by people is actually an act of gratitude by them so that the condition of the people in need may improve. As a beggar, I would surely try to keep the saving in mind and spend the least possible amount to get the food so that one day I can opt out of begging and actually earn a stable living.

It is actually a bad thing if someone sticks to begging their entire life. The money saving can take you to greater heights and one day I may get a stable job like a shop helper or something. The earning can help me build a better future than begging. 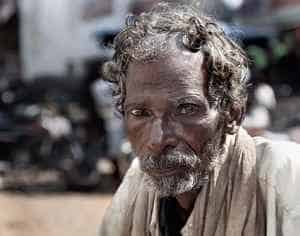 The streets are flooded with many fake people now, who have no job and have thus taken up begging as a profession.

Even though I beg, I will help those people with some money so that they can eat every day. This is a major problem right now. Therefore, people should buy food to people who are actually needy and not suspecting them.

Lending a hand to the elderly

Even if I am a beggar I would never forget my civic duties as a human. Most of the beggars who really need the money are elderly people. It is practically impossible for them to start earning a living right now as there is no chance that anybody will give them work.

So, I would help them if it is possible for me to do. It would be a privilege to do something for the society even though I am needy. It would be great to get the blessings of the elder people and see the long lost smile in their faces.

The main thing is that when people get money without doing work they take up begging as a stable profession. But to me begging is a work which has a bad impact on the lives of people.

It is only necessary if a person is really under pressure of starving. Every person should earn their living and that is why if I am a beggar I would one day improve myself and start earning. It is the only way that one can improve and not get looked down upon all their life.

The thing that I will maintain as a beggar is to lead the simplest life possible. Most important necessity is to find a place to sleep. Then the minimum amount that needs to be spent on the food will be spent by me.

The money that can be saved needs to be saved every now and then so that it leads to a better day in future. I would try singing and begging so that it is a cause that people give a part of their money. It would be less of a begging and earn a living doing something from one point of view.

The kids do not need to be concerned about money. Instead, they should be more concerned about how they lead their life in future. There are many free schools right now where the kids can actually join and those school also offers the lunch for the kids.

The kids should join these schools and I will encourage them telling all those kids begging around to keep their financial difficulties aside and study to bring out a better future. The education is something that everyone should go on with if they have the chance. This way, the children will not be like their family and can secure an earning and a stable lifestyle.

Being a beggar is not wrong but staying a beggar for an entire life time is wrong. It proves that the person gave in to his problems and never even tried to improve the situations. He just gave in to the fact that he is getting money without doing anything.

As a beggar, I would never do that and would follow the right path to a better future. I would also look for jobs so that I can earn for the betterment of my life. I would never stay a beggar even though I am a beggar. The world is full of opportunities for every human. We just need to grab them during the right time.