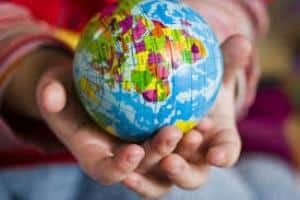 The sun sets as the day comes to an end and the moon rises high in the night sky. All the hustle and bustle amidst the daylight comes to deep silence and the world takes its peaceful sleep.

The world sleeps and sees dreams of its future ambitions and aspirations. Everyone in the world dreams of a bright future ahead starting from a 5-year-old kid to a 68-year-old-aged person.

According to a quote by Napoleon Hill, “Man alone, has the power to transform his thoughts into physical reality; man alone, can dream and make his dreams come true.”

Everyone, at least once in his lifetime dreams of ruling the world. If I ruled the world, I wouldn’t have opted to stop terrorism or any other international issues. Instead, I would have put an order of unraveling the world’s ancient mysteries and would’ve took up the mission to find that how the human behaviour changes with the situations thus giving rise to hypothetical questions and phrases.

If I were the ruler of the world, I would’ve tried the silliest things that humans can ever dream and dare of doing such as a conference telephone conversation with a person on the moon, one on the Jupiter, one on the Saturn and one on our very own planet-the Earth.

Also, I would’ve assigned the scientists with the task of finding a solution to the elimination of salt content in the oceans, seas and the lakes such that there is fresh water all around.

It is often seen that students feel lazy to go their schools and colleges after a long weekend but still rush to their institutions respectively due to the fear of the percentage of attendance. I would’ve banned that system since it is ruining the lives of many.

There may be even situations of a talented student not getting the permission to write the examinations due to the shortage of attendance thus leading to the loss of a good asset.

There may be many such reasons for his shortage of attendance like financial or health problems but once he is detained for lack of attendance, his inner determination and talent is much deeply affected and thus leading to a future asset to the economy.

Moreover, I would’ve declared each and every single day of the year as the days to commemorate or in the remembrance of something or the other such that no person is depressed and enjoys each and every moment of his life.

Meanwhile, I would be carrying all the silly experiments simultaneously like sitting with a group of space-research scientists and figuring out the techniques of interchanging the positions of planets; taking up the mission of reversing the virtual world with the real world, or finding the solutions to grow the plants upside-down and putting the endless sky into a limit.

At last I would’ve put an end to the hypothetical questions like ‘If I ruled the world.”

Dreams can be achieved in real when adequate amount of hard-work and effort is put into it. But in my opinion, my dream of ruling the world shouldn’t come into the existing reality because there are some dreams which appear to be perfect only in the fantasy but not in the real world. If such dreams come to the existing reality, there may be a danger to both the nature and the mankind.