The Big Bang is a scientific theory about how the universe started, and then the stars and galaxies we see today. The universe is still expanding today, but getting colder as well. As a whole, the universe is growing and the temperature is falling as time passes.

Scientists have worked hard on discovering new planets, stars, galaxies. They then studied the various co –relation theories and came to a conclusion. A common and less witty person read their articles. They try to understand whatever they could and move on.  They don`t bother to give it a second thought how much hard work is there behind the articles.

Then it’s god`s fault. He made someone prodigy and someone mentally handicap. He distributed attributes among his kids unequally. Some have power of money as they are born with silver spoon. Some acquire power because they are destined for the same. Very few come to power because they deserve to do so.

Not just the power to be on top position of my professional carrier, but I would like to have super power to have my own planet. This is because at times I feel earth is shrinking for brainy class of people that includes me too. People make unwise decisions and choose their candidates to govern them.

Then they regret their decisions. The graphs of people indulging in foolish acts are increasing worldwide. The species of people who act responsibly is on decline. I would like this species to outgrow their opponents. 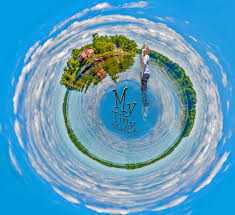 To increase the number of tigers and other endangered species of animals, they are preserved in safer environment. These places are called national parks and wildlife sanctuaries. To increase number of responsible citizens I would like to own my planet. There life would have to be free from crimes and criminal. Only love, brotherhood and humanity have to prevail. Life without fear would be too easy to live.

There would not be rich and poor sections of people in the society. Man would be much alike early man. The way that species didn’t quarrel over petty issue, life on my planet would be different

This proverb is heard very often

“To error is human” and “To forgive is divine”

“And to forget is even the more divine”

That is, one should forgive other after forgetting the wrong they did or else the forgiveness would not last long. In order to completely forgive someone, we have to forget the past deeds and move on. On my planet, human species will have the trait of forgetting very often the wrong done to them.

This is the root cause of human suffering. Human beings have grudges against one another. Most of the time the reason behind these grudges diminishes with passage of time. But the place hatred creates in our heart stays throughout life.

It is human nature to forget good done to them by other in no time. They keep on nurturing the evil done to them within their mind and soul. On my planet I want people to suffer from short term memory loss disease. That is they should tend to forget what other did to them instead should be ever ready to help other in time of need.

Though I may sound philanthropic, but only then could life be liveable.  Our planet earth is master creation of god as it’s the only planet which supports life. The environment here is such that it supports various life forms. It ranges from algae to dinosaurs and from trees to grass. All life forms have found their way to exist and thrive here.

It’s the human who have made this planet more incompatible to life of their fellow beings. Flora and fauna has existed in harmony since ancient ages. Human nature marked by jealousy and hatred has always been hindrance to peace. Their desires and which have led to throat cut competition among same species.

The planet I would own would be free from these negative attributes of human nature. I would see to it that the best creation of god doesn’t deteriorate themselves for petty matters. I want love and concern to prevail all through my planet irrespective of life form. Live and let live should be the motto of everyone on this planet but this essence has lost its meaning.

Refurbishing this planet earth seems to be a tough job to be accomplished. Since habits die hard, it would be difficult to rectify the in-built traits of today`s human. Starting from the scratch would be simpler job.

So I wish I could be granted super power to have my own planet. A planet who`s decoration and maintenance is my responsibility.  I know the role model of that planet.

A Planet where the mind of human races is free of negativity. I wish for planet where neither animal should have any fear of human nor human have any threat of animal species. Animal live in their animal kingdom and human live in society marked by exuberance is what I dream of.

God`s creation of human structure is immaculate so I don’t want to mingle with this aspect. One thing I would like to add on for sure. its human`s ability to float in air like we see the astronauts flying in their space ships. It will enable us move from one place to another without need of any means of transportation.

Air will be pollution free as no smoke will destroy the quality of air. One`s wish to reach somewhere will teleport them there. How awesome the life would be then?

But even this has a shortcoming. If everyone would be flying there will be more of air traffic. The number of air crash will probably overdo land accidents too, to end on lighter note.