I was always told that certain things are to be done by men, and certain others are to be specifically done by women. I was taught by all the elders that the two genders have very specific roles in the society, which do not overlap, and have been so over centuries, and are therefore, somehow, universally the very same.

I, only a kid at that point of my life, never questioned such statements (which I later realised were nothing but much overgeneralised assumptions). But as I grew up, I started questioning. My mother complains till date about the fact that I was extremely inquisitive as a child and she could never possibly provide the answer to my never ending questions.

The very first time I started questioning gender roles was when I saw a woman bus-driver. I was only ten years old, and I remember telling myself “Oh, look how weird this is!” on noticing it. I was intrigued, extremely intrigued. I was so intrigued that I took it upon myself to discover how a lady can take upon something which has typically been a man’s role. So, I chose to find it out by talking to her.

Ever since I joined this school, I have taken a bus every morning to help me commute between my home and my school, which is not a very large distance, but the most convenient over public transports. Without fail, I would put on my uniform everyday and cycle to the nearby bus stop to take the same bus- the 52A, the route which took me to near my school.

The journey would typically be of a little over some forty five minutes, and those forty five minutes in the morning were usually my favourite part of the day. I would take the window seat in the very front row, right behind the driver’s seat, and gaze outside. Throughout my journey, I would collect new and newer stories every single day, which I would look back on for the remaining day. 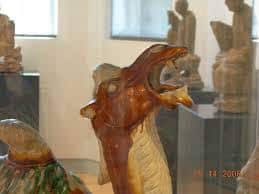 On this particular day, I remember clearly, I noticed a change from the usual. The usual driver of this bus was an amicable looking man, most probably in his forties, with an impressive moustache and a somewhat lopsided, funny demeanour.

He greeted me each day with a friendly smile, which I was at times doubtful of, but usually returned with a similar enthusiasm. But on this Friday, it was not him. It was the usual face. I saw a woman sitting at the driver’s seat that day. She looked very similar to one of my aunt’s friends, except her skin tone was a few shades darker. She looked happy, with an uncanny glow in her eyes, which immediately attracted me.

You never really know how the human mind works. You see someone you do not even know, and somehow, somewhere deep down, you instantly like them. you instantly want to be like them- not in a blindly admiring kind of way, but in a way which is the only one you think is suitable to channel your appreciation for how strong a person can possibly be.

The ten year old me was fascinated by her persona, the way her mouth crooked into a smile, the way her face became red on occasions of her being infuriated over a rash take over or a wrong, speedy turn, the way her voice sounded in my head- soft but intimidating.

She was strong- not in the conventional way, but in a strange way which she had somehow internalised, and which imparted an aura of strength all around her. I noticed her for days at first, then weeks, and soon, the obsession of getting to know her better got the better of me. So, one day, I made it a point to reach the bus terminus a few minutes early and have a chat with her. That was again a day where I saw, or experienced the weirdest thing.

It was the 14th of December, I remember it so vividly because it is exactly one week prior to my birthday. I rushed out of my house half an hour before my regular, scheduled time to catch hold of her that day, and I reached the terminus sharply on time, thirty minutes in hand to know all I could, about her, from her. I hesitated at first, as I saw her sitting in a nearby tea stall, and sipping the drink gently out of an earthen cup.

But somehow, I gathered the courage to approach her. One tiny step at a time, I went up to her, and after staring at her foolishly for quite some time, I finally shot her a meek “Hi!” Surely this was a great act of bravery on the part of a little girl like me, and till date, when I look back at this deed, I cannot help but laugh a bit at my own self.

She smiled back at me, and waved, indicating to go near her. She offered me a packet of biscuits, and patted my head affectionately. I felt a strong, warm bond towards her as we chatted for fifteen minutes, and I finally got all my questions (well, mostly) answered.

I found out that her name was Sandhya, and she was twenty-nine years old. She got this job through her elder brother, who was the previous moustached driver I had referred to. That is also how she learned how to drive big vehicles. She never received any formal education after sixth grade, and previously worked as a domestic help in a few households.

However, she had been very eager to learn new things all her life, and took up the obstacles of life as nothing but learning experiences. Hence, when her brother fractured his leg one fine day, and was deemed unfit to carry on with his older job, she chose to step in to ensure the income which his brother had been receiving to support their family.

However, she did not give her previous job, and somehow continued to manage both simultaneously. And although it drained her out daily, but she was happy to know that she did something substantial to bring a smile on her family’s face and support her brother’s treatment.

Sandhya was unsure about what she wanted from life, and she told me that her immediate goal was rather small, to go to bed without an empty stomach every night; and as long as she achieved that for herself, her brother, and their parents, she was very happy.

Sandhya and I became friends (of some sort) and exchanged greetings every day for the next two months, during which she continued as a bus driver. I lost track of her further whereabouts, but she crosses my mind every now and then till date.

I realise that although her incident did strike me as a ‘weird incident’ once upon a time, today, when I learn more about gender equality, I understand its true significance of what Sandhya did- how she questioned her existing gender roles in the society, how she questioned patriarchy, how she bravely took up a job which was neither expected nor wanted from her and yet excelled at it, how she found happiness in the tiniest of things.

All these signify how much is there to learn from Sandhya, and, perhaps, from every other person we come across in our lives. Everyone is fighting one battle or the other, and only when we actually learn one’s battle do we begin to appreciate how strong someone can actually aspire to be, without even knowing.