Essay on Hunting | Is it necessary to Hunt Animals? 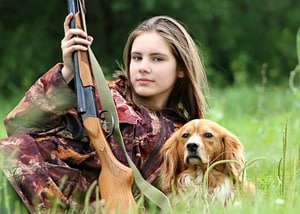 From the time human beings first came on the earth, a lot of changes have taken place from then. No one then would have expected such a big advancement in the world.

It is believed that man was first an ape. This is the reason why in most of the places we see statues showing the transformation of an ape to a man.

Man did not know anything to do when they first appeared on this earth. They just kept wandering from each other. They did not know what to eat, wear and where would they take a shelter.

Slowly with the passing of time, they learnt new things. They used to cover themselves with leaves. They wandered here and there in search of food. If they saw something, they would experiment with it.

This is how they learnt to make use of stone, leaves, trees and whatever they found. They used two stones to lit fire by rubbing them together.

Stones were also used with the tree branches to make wedges and other useful tools. After they knew to make fire, at night they used to lit fire to keep the wild animals away from them.

They discovered these tools but they did not know how to use them. So, they tried to use them in different possible ways. They ate the fruits from the trees.

They started agricultural practices with the help of these tools. They further used the tools to kill animals when they saw any of them. S

lowly, they started hunting for animals to eat them and makes use of their good skin for themselves. This is how hunting started in the life of the humanity.

Why do humans hunt animals?

Animals are useful to human beings in many ways. This is the reason animals are hunted by the people.

The most important use is giving us food. Animals are source of milk and meat.

This milk by the animals is further used for making other dairy products.

Humans also eat the meat of animals like goat, sheep, pig, hen, fish, cow, deer, duck and many other animals.

The ones who gives eggs are healthy to eat and even they are consumed by the humans. The bees make beehives. These beehives are further used to honey and wax.

The wax of the hive is later used to make candles. The animals are also used as a means of transportation.

People use them to carry goods from one place to another. Camels, donkeys, horses, elephants etc. are the ones which are used for this purpose.

Animals like buffaloes are used for agricultural purposes. Some animals dung’s are used to create manures which is good for the soil.

The fur and skin of the animals help to produce wool and leather which are further used to make woolen clothes, shoes, wallets and belts etc.

Some of the animals are kept for safety and recreational purpose. Some are even used in fairs and entertainment places which are very dangerous.

People even experiment with the medicines by first testing them on the animals. Even this is harmful. Even though animals are a benefit to us, it is not right to destroy their life.

Is it necessary to hunt animals?

Animals help us in many ways. We get so much of benefits from the animals. This is the reason why we human hunt the animals. But it is really necessary to hunt animals?

The answer is yes. It is necessary to hunt animals but it should be in limit. Hunting should not cross the limits.

If that happens, the animals will become endangered some and later in the future we will not be able to see any animals living on this earth.

Then we will not be able to get any benefits from them. Some say that it is necessary to hunt animals and kill them because it will help to control the population.

But as we see that in the present day world, many species of animals are getting endangered, so it is important to help them to survive.

Yes, we are humans and we need the animal products but that does not mean we will ruthlessly kill them. For some people hunting is ritual and that is why they are taught the skills of hunting.

Even though there are other options of food other than animal products, it does not mean that we do not need the animal products. We do need them because they are equally important to us like the other variety of food.

So, in order to get the animal products it is necessary to hunt them down. But we should learn to control the hunting of animals.

If we do not control, one day in the future we will be crying for animal products but we will not have any of them as they are no more.

It is not wrong to kill animals for defense. In that way it is legal because a person killed the animal in order to survive and not lose his life.

Has hunting of animals stopped?

The hunting of animal still exists in the present day world. No matter how many laws have been made, hunting has not been stopped. There are both pros and cons of hunting.

Humans do not have any other choice except hunting the animals otherwise there will be overpopulation, human’s life might be in danger and we will not get any animal products neither can we make use of them.

People respect the laws and orders put on the hunting of animals.

Actions on the hunting of animals

Different laws have been made for killing of animals on the land as well as in the ocean.

There are laws in some cases which requires a person to have license in order to hunt animals.

Government has also made laws that animals cannot be used for commercial and entertainment purposes.

People are punished for illegal killing and trading of animals.

Even animals are living being like us on this earth, so we are no one to take away their life. Instead we should take the initiative to save them.

But this does not mean we cannot use them for our use. We can use but that should be in limits. There are hunters who get paid for their work. We should respect them for their work.

They have the license to do it and they get paid for it. This does not encourage all human beings to kill the animals without any mercy. The laws and orders on the hunting of animals must be followed.

The hunting of animals for sports must be stopped. The environment where we live is an ecosystem that consists of different living beings.

This ecosystem survives and the flow of ecosystem continues only if all the living beings are present on the earth.

This is because the life of living being affects the life of another one. Even if one is not present the entire ecosystem will get disturbed and we will not be able to survive anymore on this earth.

Ultimately we will die. So, in order to stop this we need to follow all the rules and orders properly and cooperate with everyone.

We should protect each other’s life and sustain everyone’s life. The animals should be stopped from getting exploited.

If there are no animals present, the future generation will not be able to see any of the animals. They will not know anything about the animals and how eye-pleasing and useful they are.

We need to save the animals for our future generation as well. We the present generation cannot be so selfish to take everything for ourselves.

Well, the topic of hunting is very controversial. The discussion on this topic will be ever ending.

People have their opinions on whether hunting is necessary or it should be banned. There are many social concerns regarding the hunting of animals which people must give respect to.

Hunting of animals will benefit to humans in a number of ways but on the other hand it will be harming the environment as well.