Horse is a four hoofed-footed, herbivores animal, akin to deer, Ox etc. with a very beautiful enchanting looks, symbolizing speed, swift, vigor and endurance. It belongs to the Equus family of mammals, which other than horses, consists of asses and zebras also.

Scientific name of horse is Equus Caballus. It is one of the two subspecies evolved from the Equus Ferrus , which are existing till date.

Such is the fame of power and endurance of horse, that it has become a unit of measure; Horsepower equivalent to 745 watts.

Because of the special qualities of horse like, swiftness, speed, strength, humans got attracted and attached to this animal by way of domesticating them. Domestication of horse by humans started 6,000 years ago. And since then, they have been in our vicinity as our true companions.

Other than these domesticated horses, there also exists a truly wild subspecies of horse named as Przewalski’s horse, which is an endangered horse species now.

NOMENCLATURE — It would also be interesting to know that horses have different names to call, at different stages of growing age, like when a horse, whether male or female is under one year of age, he is called a ”foal”, and when he is one to two years of age, he is called an “yearling”. Similarly, a male horse is termed as “Stallion”, whereas a female one as “Mare”.

Life and Characteristics of Horse 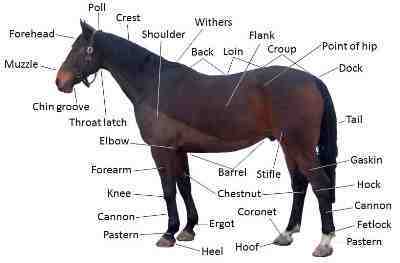 Usually horses have an average life span of 30 years, which may slightly vary depending on life conditions and nutrition. They attain adulthood by the age of 5.

The height of horses, (which is usually measured in hands, in British Isles) can vary between 60 to 70 inches, i.e. 15 to 16 hands. And, their weight, which may vary across breeds and also because of the nutrition they get, can be between 500 kg to 1,000 kg, the drawing breeds (mainly used to carry burden) being heavier and taller.

Horses have very balanced physique, which help them run swiftly and escape the predator, while in wild. Perhaps this is the quality, the speed, which got humans attracted towards this fabulous animal, the most. They don’t just run fast but gallop, which is to leap forward.

They become even more attractive by the fact that they comes in variety of beautiful colors, white, black, grey, brown, maroon and so on. They have distinctive markings too.

Ponies are near relatives of the horse, the main differentiating factor between them is height; an animal of this genus below the height of 57 inches is considered as a pony, while the one who is above it, as a horse.

Horse, being animals of prey, lives in large herds led and dominated by female horses; Mares. They can sleep while standing or lying down, during this, other members of the herd provides them security. Of all the terrestrial mammals, they have the largest eyes, which helps them keeping track of their predator and as well as the terrestrial routes they pass by.

Besides, they have great sense of smell, and very good balance over their body.

Horse doesn’t have many existing species, other than Equus Caballus, but it has various varieties called Breeds.

These breeds of horse can be broadly categorized as:

(i)  Hot bloods – they are the best variety with excellent speed and strength.

(ii) Cold bloods- they are mainly used as the ‘beasts of burden’, that is, to carry loads of goods as well as passengers.

(iii) Warm bloods- this variety of horses has been developed by crossbreeding of   hot bloods and cold bloods, created to serve specific purposes.

We have various breeds of horses like, Thoroughbred, Standard bred, American Quarter horse and so on, falling in these broad categories, all developed for specific purposes.

Horse breeds of some regions of world are superior then others, like horses of Arabia and central Asia are considered to have more endurance than other breeds, partially because of the adversarial climatic conditions they have been evolving through. And for this reason they used to be in great demands in all over the world.

Where are they Found?

Horses are found almost everywhere in the world, from regions of shivering cold to temperate, to the warm and humid tropical regions. They are found mainly in the areas like grasslands or woodlands, having small shrubs and sparsely located trees, instead of dense forests.

Possession of horses was used to be a sign or display of power & authority in many ancient human civilizations. In the ancient Roman and Greek civilizations, so important the horse was, that his body used to be laid down besides his master’s, inside the grave.

The Centaur, a beast depicting half-human and half-horse, is a very prominent creature in Greek mythology. Again, the Unicorn- a mystic, mythological creature representing body of a horse with a tail of lion and a single spiraling horn at its forehead, although finds its mention in the mythologies worldwide, but specifically in Greek natural history and Indian mythology it gets mentioned many times, as a symbol of purity (as it was considered that a Unicorn could be tamed by a virgin only). It also finds its mention in the holy Bible.

From past to present context 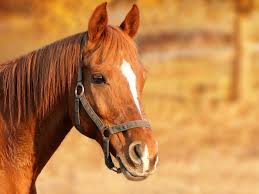 Horse has always been part of human adventures and has closely been associated with our progress over the centuries.

Horse is supposed to be first used by Central-Asian tribes, living across the Steppes (temperate grasslands) and since then it has evolved to its present form.

They were put to use in ancient warfare by these warrior tribes like Mongols, Uzbeks due to their swiftness, agility and sensing the danger and act accordingly, which made them best warfare implement of a warrior. Besides, horse is a very faithful and an intelligent animal as well. It has the ability to serve his master, even if it costs him his own life sometimes.

There are various legends of horse & human companionship, depicting his devotion towards their master. Famous of them being Alexander and his horse Bucephalus, whom Alexander the great would tell all his secrets, and great Hindu warrior king Maharana Pratap and his horse Chetak, who saved his masters life by riding him across a large water body, before Maharana Pratap could even realize

With the advent of modern era, before the discovery of modern means of transport, horse was widely used to draw heavy loads of goods as well as passengers, but especially was the royal carriage of monarchs, kings and queens.

Horses have also been used for their meat, hides (as leather sheets to prepare boots, purses etc.), tail hairs (in musical instruments) etc. The nomadic tribes of west & central Asia and Mongolia living in rugged mountainous and desert terrain used to drink horse blood to keep them fill while on long journeys.

In the present times also, weather its adventure sport like, horse-racing, Polo sport etc. or keeping the public security up to date in collaboration with their human colleagues, like in some European countries, horses are always besides the human.

Since time immemorial, we the humans have been taking services of horse for fulfilling various needs. First we used them to carry loads, then for riding difficult terrains in shorter period of time, then for warfare, then to make products like, accessories, medicines etc.

And now, apart from these, we have been using them to amaze, entertain and amuse us with their, intelligence, acrobatics and maneuvering feasts, respectively.

Recently, in the year 2016 a Hollywood movie named “The Revenant” won 3 Oscars. The movie very beautifully depicted the emotional relation being shared between a horse and his master- The revenant, for whom he sacrificed his life and even after death, his carcass provided shelter to his master, keeping him alive in lethal blizzards. Although fiction, but it’s not unusual. Several such incidents have taken place in the past.

Although they are not endangered with extinction, we must mount our efforts to conserve them, for they have a very special place in our lives. And we can’t afford to lose such a great, loyal companion who has served the humankind down the ages.