Honesty is the Best Policy Essay for Children and Students 2020 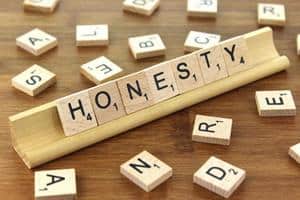 Honesty is a deserving praise for anyone in any walk of life. Dishonesty may bring instant success, but in the long run it will only bring disaster.

Indeed, honesty is the best policy. An honest person is admired and respected by others. Other people know that they can trust him or her and that he or she is a dependable and reliable person.

They know that even if they do something wrong, he or she will own up to it. He or she will never try to make excuses, blame others or tell lies.

People have no respect for such a person. Gandhiji always spoke the truth, even if he knew that he would be punished for what he said.

The guiding principles of his entire life were truth and ahimsa, and he taught this to everyone. Today he is revered and admired all over the world.

So it is up to us to decide which path we wish to take: the path of righteousness and honesty or the path of slyness and dishonesty.

Speaking truth is often difficult in many circumstances, but truth remains long lasting, a person is identified by his/her deeds.

What make a person remembered? His deeds, that how he/she was. It is human tendency to speak lies, but you often avoid speaking lies.

Speaking Truth has a different impact.  It is better that you should follow, the famous proverb saying words, that “Honesty is the best policy” and it cannot be avoided.

We all have read a story about the woodcutter and mercury in school life.  The story was that, one day a woodcutter’s axe accidentally fell into a river. The river at the spot was deep and its current was swift.

The woodcutter tried hard but he could not find his axe. He was very sad. Mercury, the messenger of god, saw the sad woodcutter and took pity on him.

Don’t worry. I will bring you your axe, said Mercury to the wood cutter and dived into the river. Mercury came out of the river with an axe of gold and offered it to the woodcutter. The woodcutter said, “That is not mine. I can’t take it.”

Once again Mercury went down into the river and this time returned with an axe made of pure silver. The honest woodcutter said, “That is not my axe either.”

So Mercury dived into the river a third time. This time he brought with him a crude axe made of iron.

“That’s it,” cried the woodcutter joyfully and rushed to Mercury to take it.

Mercury was pleased with the poor man’s honesty. He gave him both the gold axe and the silver axe as a reward for his honesty.