Speech on Hindi Diwas for Children in Easy Words 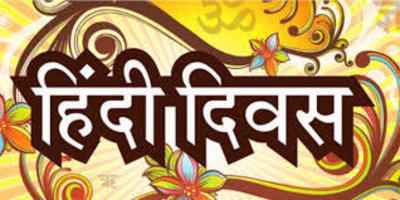 A very good morning to everyone present over here. It’s great to be finally here I have been dreaming about this opportunity to speak and share my views with you all. Today I’m here to speak about Hindi Diwas. It is a matter of great honor for me to have been chosen to deliver the speech in front of my esteemed teachers and my loving friends and classmates.

It is because on this auspicious day in the year 1949 the newly formed constituent assembly of India had embraced the Hindi language written in Devanagari Script to be the official language of the newly found Indian Republic.

However, the declaration of Hindi as a national language was not at all and easy procedure and there were several outrageous opposition from different individuals and political groups against this motion. The most notable person who spoke in the parliament in favor of adoption of Hindi was Beohar Rajendra Simha.

As a result of this the birthday of Rajendra Simha was adopted as the National Hindi day in the year 1949 and thereafter.

The article 343 of the Indian Constitution thereby declared that the Hindi language along with English language will be the official language of the union government of India and also there’s 22 scheduled languages that were recognized by the constitution.

Hindi is the most spoken language in India and is known by almost everyone throughout the country. Ours is a country of immense diversity both in terms of culture as well as language. Even a few kilometers apart people speak and practice a different language.

Hindi scenario it becomes extremely crucial for all the people in the country to know a unified language a common language by which everyone can communicate with each other. Hindi serves this purpose for us.

To make this discussion a little more interesting let me tell you certain facts about Hindi which only a few might claim to know about. The Hindi language got its name from a Persian word called Hind which meant the land of the Indus river.

Hindi is no wonder the most widely spoken language in India however did you know that it is also spoken in Mauritius, Fiji, Trinidad and Tobago as well as in Nepal.

Hindi was fully adopted as the official language of India by all the states in the year 1965. Hindi is spoken by more than 500 million people worldwide which makes it one of the most spoken language in the world.

The book Prem Sagar meaning ocean of Love by Lallu Lal is considered the first ever published book in Hindi which was published in the year 1805.

This book contains the deeds of Lord Krishna. Hindi script online English language is phonetic which means that it is pronounced the way it is written. An interesting fact is that Hindi typewriters did not come to the market until 1930s.

Unofficially there are more than 1600 languages spoken in India however 22 of them has been adopted as fit for official use. When the constitution was being made they wanted one unifying language and then Hindi was chosen as it was spoken by more than 40% of the population.

However, because of the British Raj in India, most of the non-Hindi speaking people knew English and therefore it was decided that English would continue to be the official language of India for 15 years and in 1965 would be replaced completely by Hindi as single official language.

However, that did not happen and there were protest by the states who did not speak Hindi. Therefore, all the 22 languages along with English and Hindi was chosen as languages that could be used officially in India.