Which state in India has the highest literacy rate?

Kerala has the highest literacy rate in India. As early as 1991, the state was able to achieve almost 90% literacy rate in the state. This achievement is something that is not achievable by all states of the country. 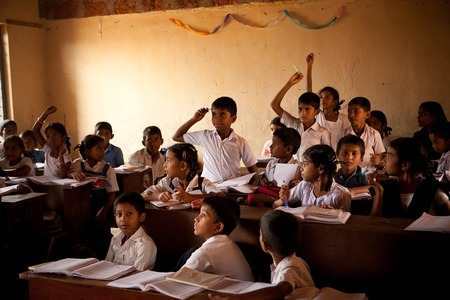 What are the factors that contribute to the achievement of being the highest literacy state in India?

Let us now try to know these points in detail. Every state machinery gives importance to its state development but few build a model that is based out of education.

Education as a primary importance is provided by very few governments and Kerala is one such state that gave due importance to education.

The kings and queens that ruled the state once upon a time were mainly important in bringing out the cause of education. They could see the importance and vital role-played by education in making the society a civilized one.

The queen threw this responsibility on the operational machinery of her kingdom and made it a mandatory practice to impart education to one and all.

This was the stepping stone in laying the foundation of education for the state. Much later, when the Christian missionaries were in rule in the state, they too brought forth the same ideology and stressed on the importance of education. They went a step ahead and started many schools to implement their thinking.

Soon the aspect of educating every member of the family started making inroads into every citizen’s mind and soon the state saw many schools springing up across the state.

With education, progress in thinking made a significant achievement. Not only were the upper castes provided a chance to come up in life, but the downtrodden castes were provided an equal opportunity too.

Schools catering to different communities were opened. These specific schools were also important in bringing education to the mainstream.

Not only did they throw light on the education system, they reformed the society as a whole. They brought about significant changes in the society.

The government played a primary role in making elementary education reaches out to every citizen of the state.

It is here that the state realized, that the basics of any education provided a pillar of support and strength to a man’s living and was regarded as a necessity for the welfare of the whole state.

Adults who had dropped out of the education system due to their personal reasons, those who couldn’t continue due to family pressures were given another chance to continue from where they had dropped out.

For their convenience, several educational centers were opened for their benefit. If they lost out the primary years in education, they were given a rapid cover-up round where they could attain minimal skills taught in the years lost in a few months.

Later they could catch up with the ones who had reached there in the mainstream. Thus, they need not feel dejected and lose hope on losing out their precious years.

What should other states learn from Kerala in matters of education?

The main reason why education plays the role of a society reformer is because it changes the thinking of people. Mindsets are reformed and thus a new society is born.

When a society is reformed in this way, people start thinking on equal terms. They change the ways of the society. Men and women are treated equally.

They balance their roles in the society. This is how Kerala developed a new social model. Even today we find matriarchal dominance in the societies of Kerala, which is hard to find anywhere in India.

Thus, the state of Kerala has been able to build a social development model on the lines of education and related reforms.

The economic model is driven by this social development scheme which further strengthens people to broaden their horizons in the way they adapt to their society.

Also, people belonging to different cultural sects are wholly involved in building a larger frame of society on the values of education and knowledge.

A knowledge driven society is a gift to the whole country and its citizens are sure to provide valuable assets to the whole nation in terms of their huge contribution to the society.

The state of Kerala has produced many gems to the country. Many eminent personalities, driven and backed by their amazing knowledge have been able to serve the country in various dignified positions in the past and continue to amuse the nation even today.

We have to be proud of a state that has given so much value to education and led the country to greater heights.